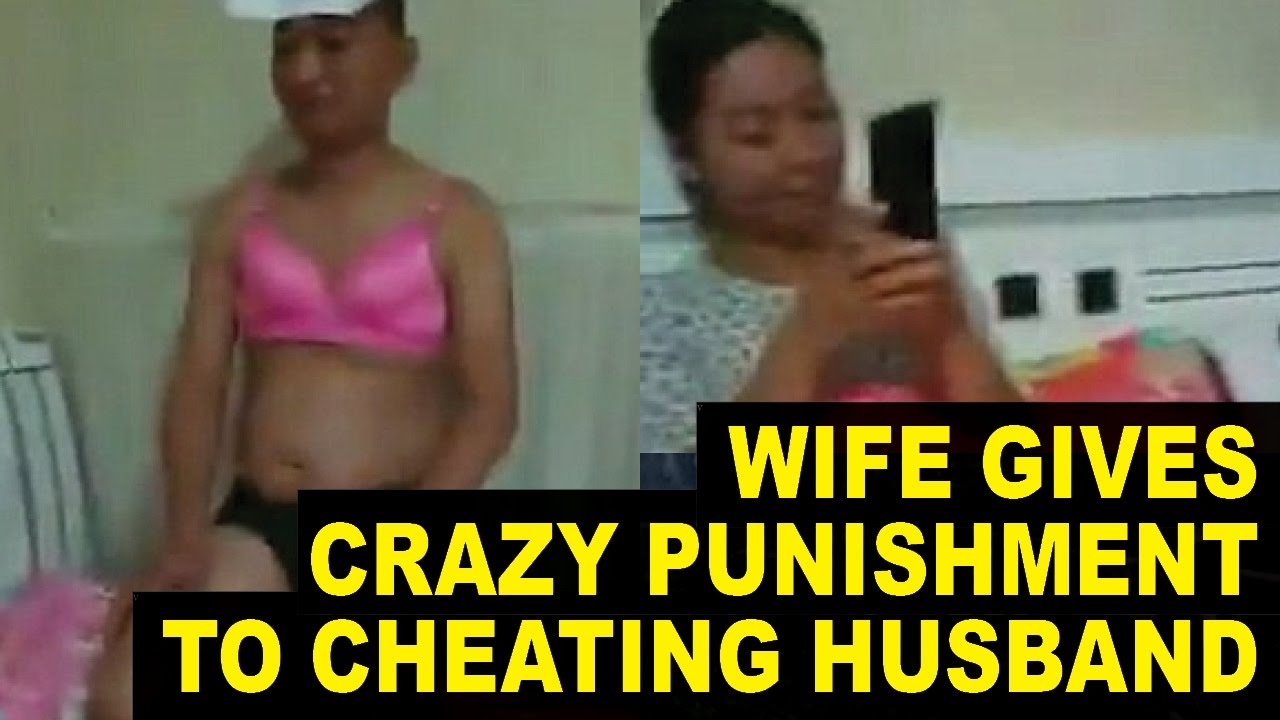 This Chinese woman humiliated her husband after she caught him talking to other women via a messaging app online. According to Daily Mail, the wife got her husband to confess his wrongdoings while she scorned him as she sat in bed.

The man who can be seen crying in pain and embarrassment throughout the video which was uploaded on October 31, is wearing a pink bra and black boxer shorts and can be seen kneeling on the spiky skin of a durian fruit, which has a strong smell and is popular in south-east Asia. Hilariously, the man has stuck a sanitary towel on his forehead.

‘I admit that I made a mistake,’ the embarrassed man replied in a low voice. ‘I should not have sent my private photos via Wechat. I should not have initiated the conversation,’ the man confessed. The angry wife interrogates him saying: ‘who did you approach?’ The man then chose to reveal what he had done:

‘I talked to several women. I said something I should not have said,’.
‘That’s why you ended up like this, right?’ the scorned woman scolded him, ‘who asked you to kneel down?’
‘My wife asked me to do so.’ said the husband.

‘I asked you to kneel down, and do you obey my commands?’ the infuriated wife asked.
‘I am willing to receive a harsh punishment,’ the husband answered in a flat tone.
‘Will you continue talking to them?’ the wife still appeared to be mad. The man promised he would never do it again.

He suddenly burst into tears, ‘my dear wife, these are all durian skins. I just can’t stand it anymore.’ It’s not known how long the man has been kneeling on the durian skins.

The video ends as he burst into tears and moaned in pain.

The bizarre clip was uploaded by Zui Huo Huo Ge to Miaopai, a video-sharing platform in China on Monday.

‘He’s so coward.’ an user noted. ‘These behaviors are more than silly. They are really disturbing,’ a video watcher commented. ‘I am curious, who is filming this video?’ a Miaopai user wondered.