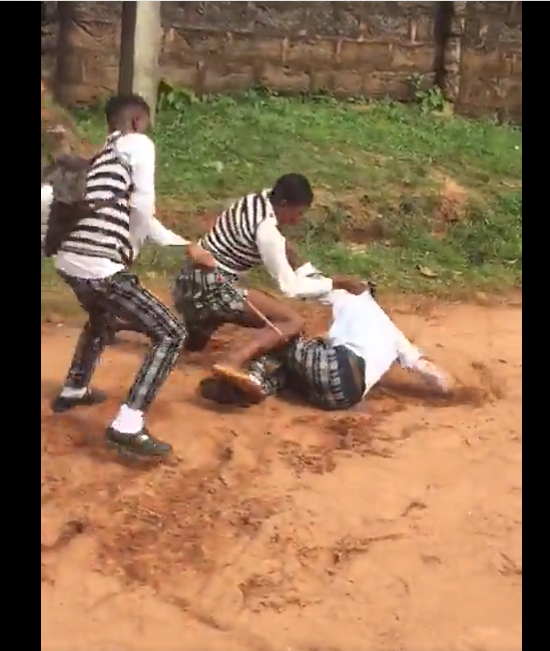 A video of a female secondary school student beating her male schoolmate during a fight has gone viral after being shared online.

Though what led to the fight is still unclear at the time of filing this report, the female student was however spotted in the video, mercilessly beating her schoolmate and also landing some blows.

The video has also generated mixed reactions. Watch the video below…….