Veteran Nollywood actor, Kenneth Aguba, was moved to tears as he received the keys to a fully furnished house from popular clergyman, Chibuzor Chinyere, only a few days after he was reported homeless.

Reports emerged on Monday morning, July 4, that the Nollywood star is homeless and sleeps in shops and streets in Enugu. Photos of the actor sitting in front of an old store with what was left of his belongings crammed on one side of the run-down setting also surfaced online. 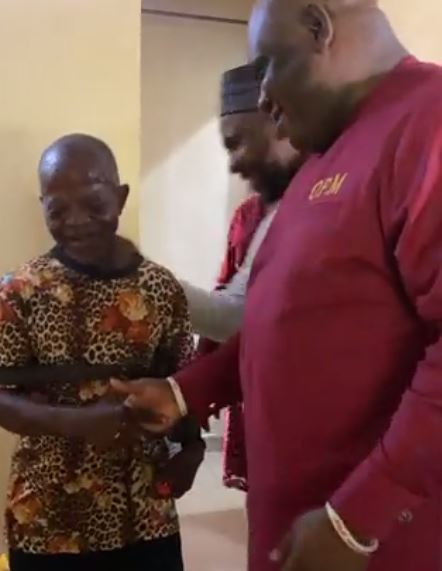 The Actors Guild of Nigeria, who also confirmed Auguba’s condition in a statement, said the guild had in the past four years taken care of Aguba by providing him with accommodation and medical interventions until his case degenerated recently.

In the wake of this news, the General Overseer of Omega Power Ministries (OPM), took to his Twitter page on Monday afternoon to announce that he was offering free accommodation to Aguba in one of the OPM free estates in Port Harcourt. 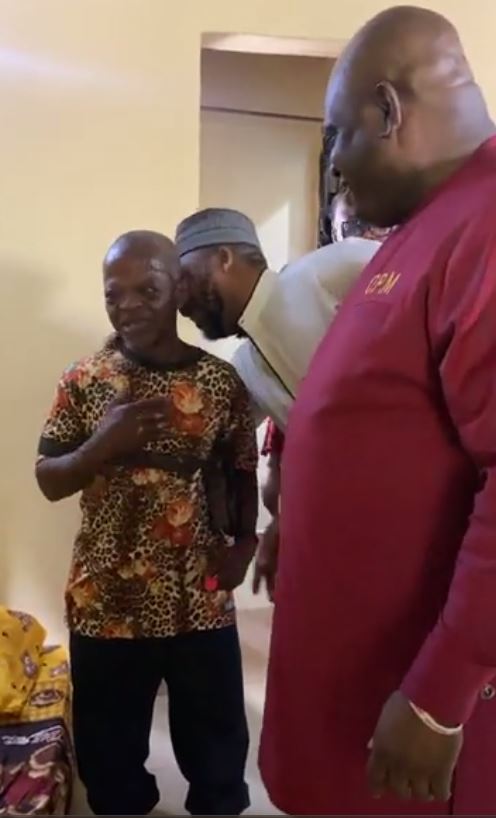 “Who knows the contact of this actor should tell him to contact me immediately. Instead of him sleeping on the streets, I apostle chibuzor chinyere GO of OPM is giving him a free accommodation in one of the OPM free estates. With free feeding.” He wrote on Twitter. Well, the clergyman has now fulfilled his pledge, and a video showing the emotional moment the actor was ushered into his new home has been shared online.

In the heartwarming video, Agbuba struggled to hold back his tears as he was shown around his new home.