A popular TikToker who’s famous for making prank videos on the app, chose an unsuspecting military officer for one of her jokes.

The young lady took to a market place with an empty bucket and placed it on her head to make any of her victim think that the bucket was full.

The prankster who then spotted a soldier who was walking towards her, approached him and asked him to help her bring it down. 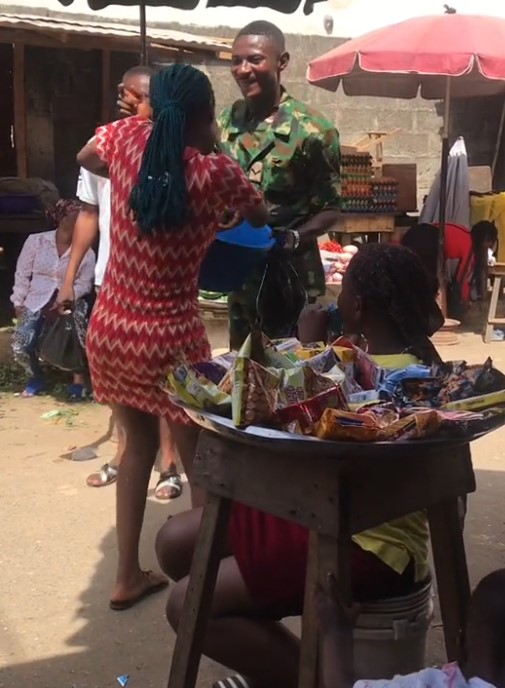 Being a gentlemen, he decided to assist the young lady only to find out that there was nothing heavy in the bucket. The soldier then playfully tried to smack her when he realized it was a prank but she smiled and handed him a pack of snacks.

She handed the snack to the Army officer who reluctantly accepted it and casually walked away. 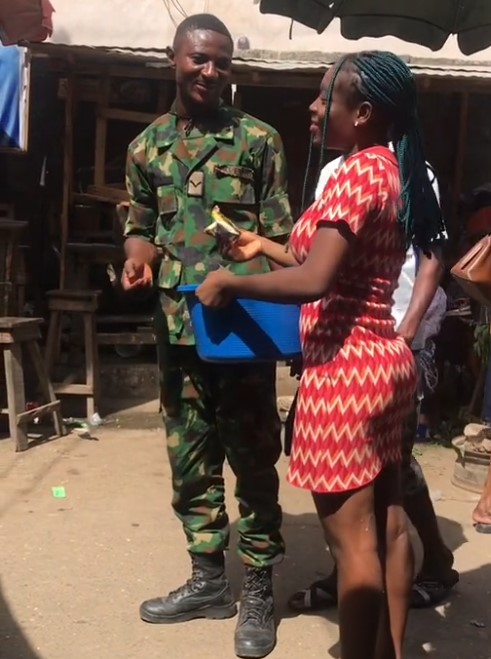 Netizens had something to say with many of them believing the case would have been different if the army man was pranked by a man instead.

avatar display wrote, If to say na guy do this kind thin eh.

Kaffie Hiwass wrote, I swear, that officer has fell in love, see the way he was looking at her.