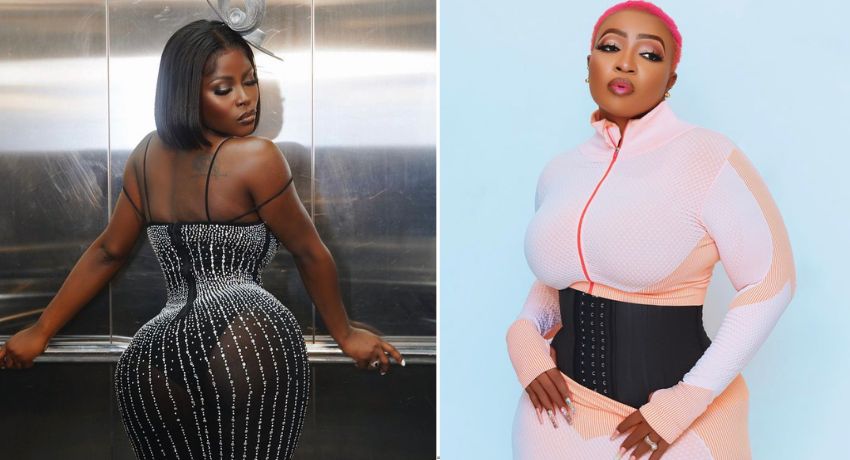 In wake of the untimely death of popular Port Harcourt Influencer, Christabel who died as a result of complications from a botched Plastic Surgery done here in Nigeria, some celebrities have voiced their opinion on the matter. BBN Alexunusual who is Khloe’s close friend also voiced out against cosmetic surgery. Actress Anita Joseph had also addressed ladies against going under the knife.

Anita Joseph took to her timeline to address ladies, telling them to stop seeking validation from other people and desist from getting intimidated by girls with large backside, rather, they should love their God-given body and work on their self esteem. She wrote:

Khloe who is one of the few celebrities who has admitted having work done on her body, subtly shaded her.

Khloe questioned why Anita Joseph was using waist trainer. She told her to allow her stomach breathe since everyone is supposed to enjoy their natural body.

Khloe added that waist trainer should be banned to avoid anyone dying from it. See response below: 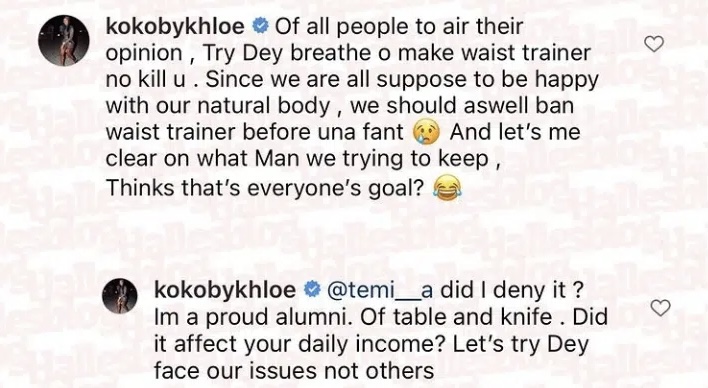 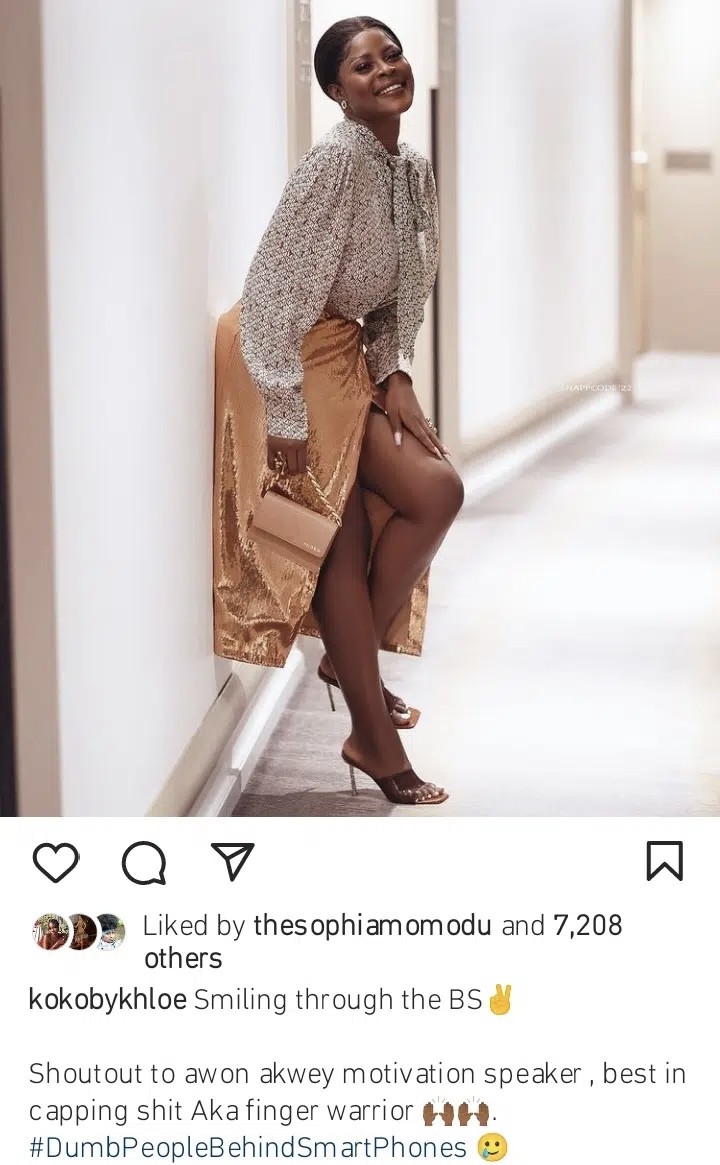