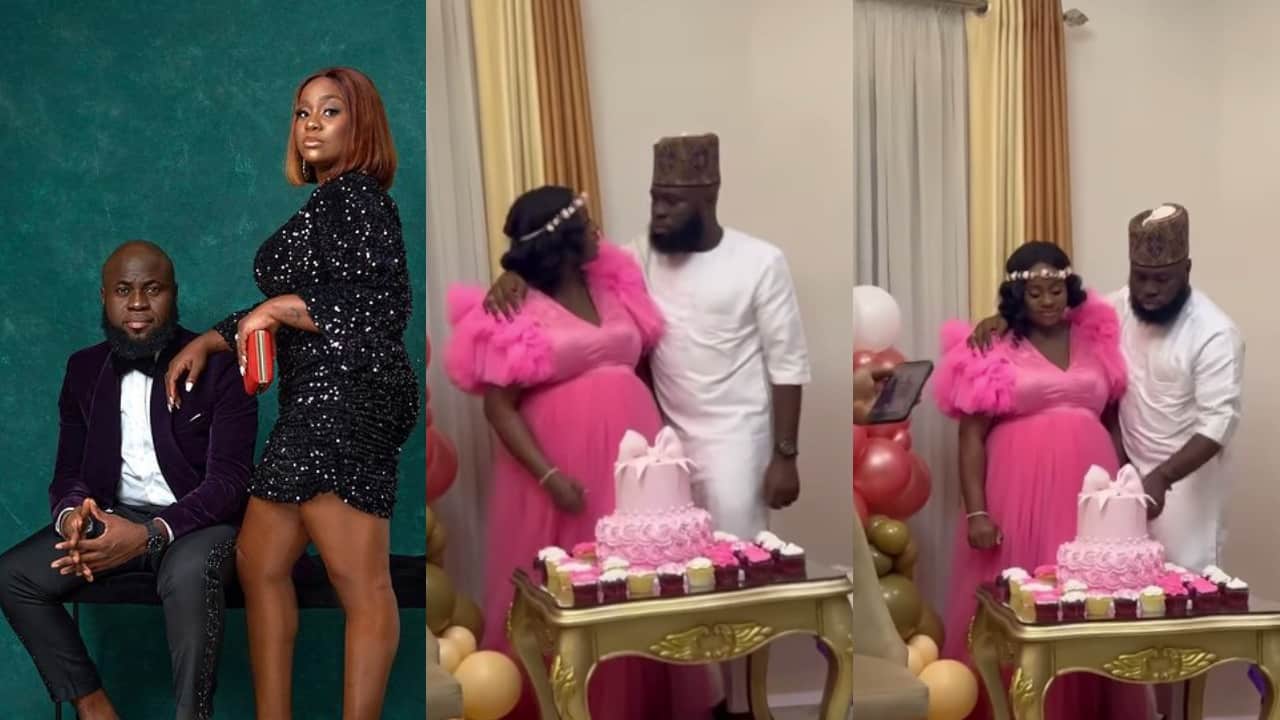 Recall that the socialite had announced his proposal last week to his fans, sharing videos and pictures from the moment he popped the four-word question.

Apparently, the duo were already expecting their first child before the engagement and his wife, in a new video that has surfaced online, could be seen heavily pregnant.

The video has set tongues wagging on social media as cybercitizens express shock at the surprise.