A South African man has died after drinking a full bottle of 35% spirit within two minutes in a bid to win a £10 bet at a liquor store.

The yet-to-identified man had gone to the store located in Mashamba village in Limpopo while a competition was going on to see who could finish an entire bottle of alcohol the fastest.

He decided to take part in the challenge and drank the whole bottle in just two minutes but sadly collapsed afterwards. 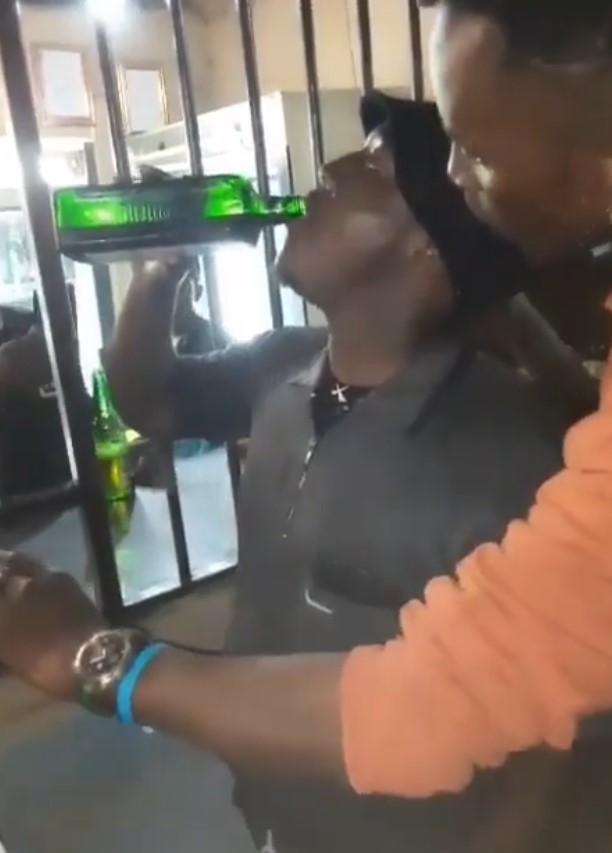 The man who appeared to be aged between 25 and 30, was immediately rushed to the hospital but was pronounced dead on arrival.

It was gathered that the prize for the drinking challenge was R200 in cash which is equivalent to N5,000 or £10.

Confirming the incident, the Spokesman of the Limpopo Police Command said,

“Police in Waterval outside Louis Trichardt have opened a case of inquest following an incident of apparent misuse of alcohol that took place at one of the local liquor outlets at Mashumba Village where the patrons allegedly participated in what they called a ‘drinking competition.

“The winner who could consume the entire bottle of Jägermeister within a specified time, would get R200 cash.

“One of them immediately collapsed thereafter and was taken to the local clinic where he was certified dead.”

A video capturing the moment the deceased was being egged on to drink the alcoholic drink has been shared on social media. Watch below,