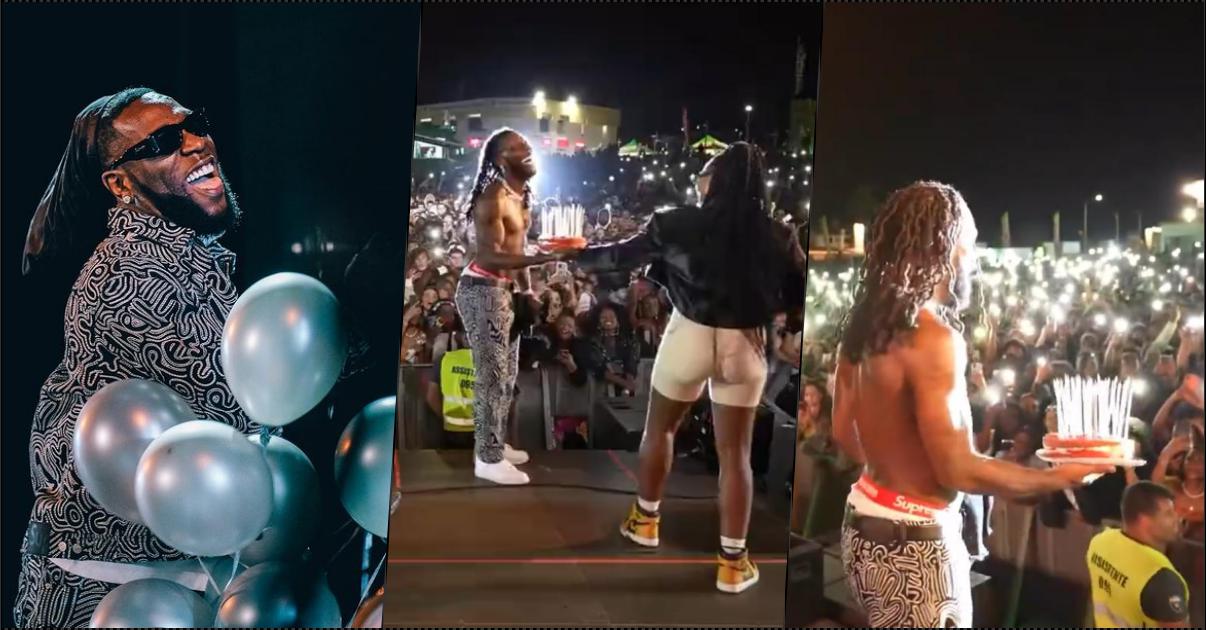 This comes amidst the controversy trailing shots fired by his security details at the Club Cubana in Lagos that affected two victims.

The renowned Afrobeat singer that clocked 31 today was treated to a grand celebration by Sumol Summer Fest in Portugal where he held a show.

Odogwu grinned from cheek to cheek as he was welcomed to the arena with loads of balloons and a cake treat right before he started the show.

Watch the video below …