Popular Nollywood actor, Stanley Nweze has given a piece of advice to single men seeking for women to marry.

Taking to his Instastory, Stanley advised them against choosing ladies with very long nails because they can’t cook or clean the house.

“Before you choose a wife to marry rule out women with “overly long nails”, most of them can’t cook or wash. Trust me on this.. Homely girls don’t do this.” 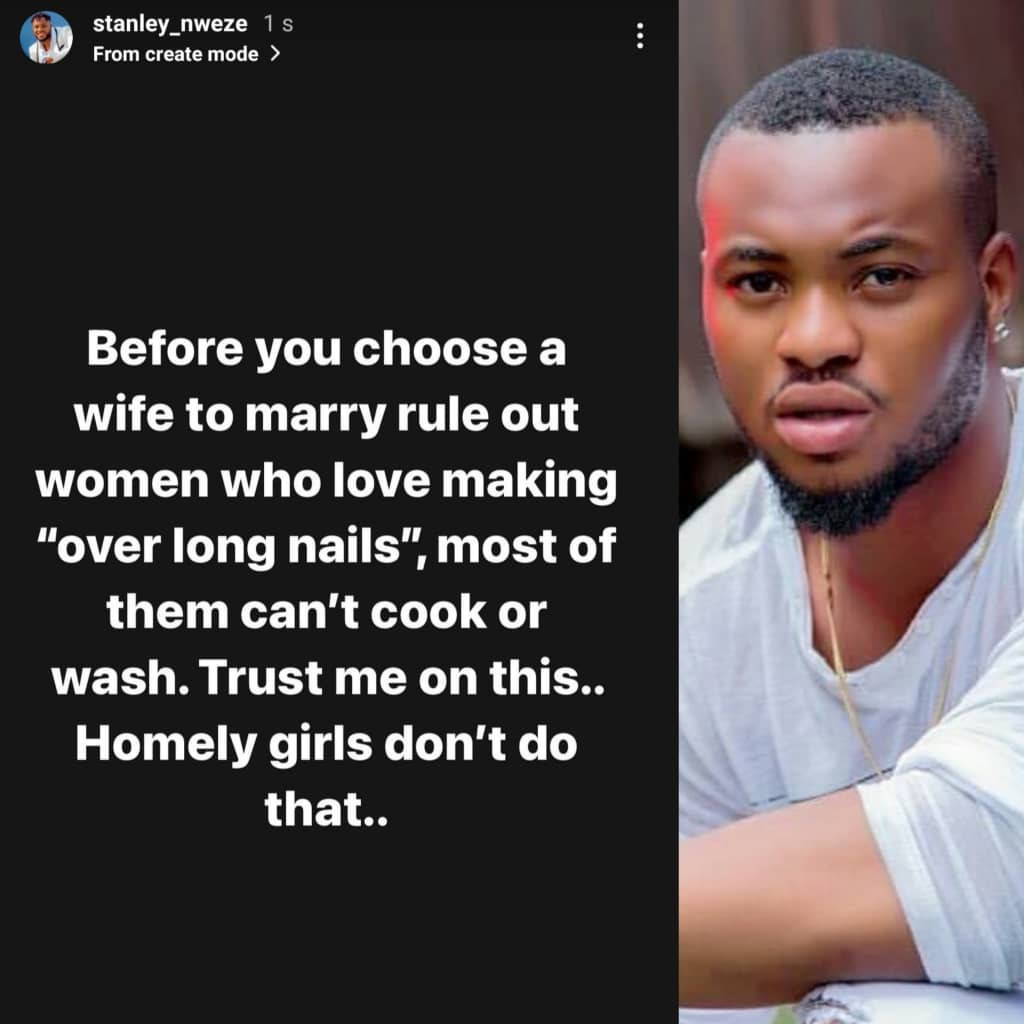 In other news, Stanley Nweze was seemingly not satisfied with the outcome of the recently held Africa Magic Viewers Choice Awards AMVCA and he has suggested that the name should be changed to Lasgidi/Lagos awards.

In a post shared on his Instastories, Stanley made a case for Enugu and Asaba actors as he claimed that they are not recognized by their Lagos colleagues.

African Magic viewers choice awards sincerely should be changed to lasgidi/lagos awards or something else because there are a lot of good actors and crew members in other areas under the same Nollywood working really hard that y’all don’t recognize.

I think AMVCA should have a commercial category so that the Enugu and Asaba Actors can fit in because if skit/online contents can be added to the AWARD CATEGORY then why should commercial actors be left out. It is not clear to me.