Big Brother Naija star and entrepreneur, Uriel Oputa, has reunited with her mother in the United Kingdom.

The reality star, who is presently visiting her mother in London, shared a video which captured the emotional moment she reconnected with her mother, Margaret Oputa, after months apart.

Uriel Oputa’s mother couldn’t hold back her tears of joy when she saw her daughter. She told Uriel over and over, “I miss you so much.” Sharing the video on her Instagram page, Uriel Oputa described her mom as her best friend. 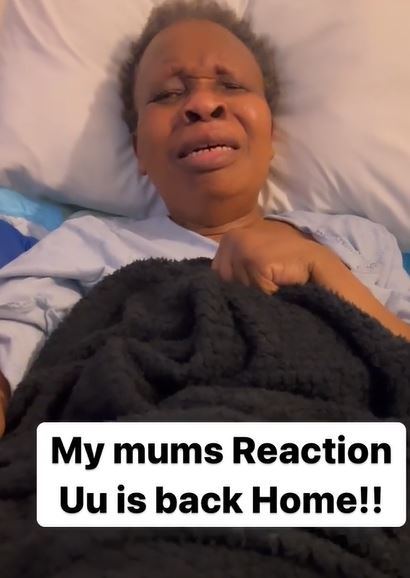 Uriel’s mother suffers from a medical condition called dementia. However, Uriel has never been ashamed of her mother’s health challenges and occasionally shares videos of her online.