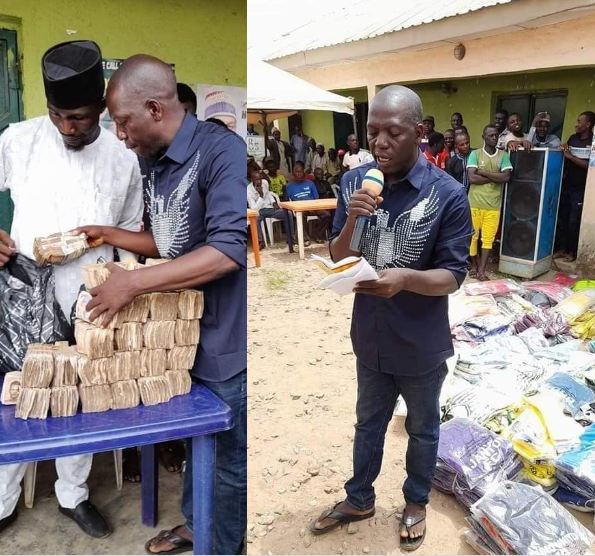 Tanko Sabo, a national delegate of the Peoples Democratic Party (PDP) from Kaduna, returned to his local government to share the money he made from the presidential primaries.

Sabo, who represented Sanga LGA at the primaries over the weekend, returned with cash for members of his local government.

He said he spent the money he made from elections on the underprivileged in his community.

During the campaign to be selected as a delegate, Sabo had promised to give back whatever monetary benefits he made to the community if elected. 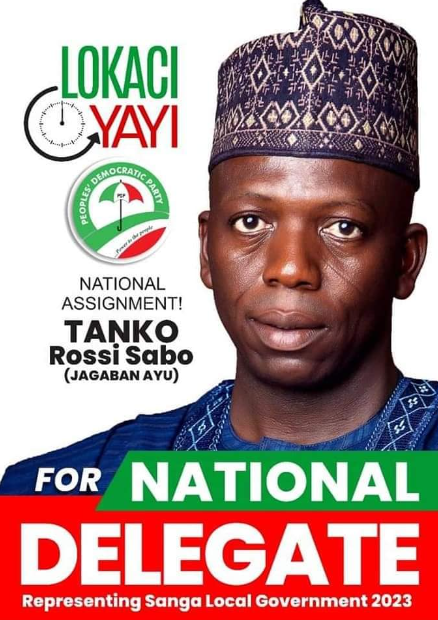 Giving a breakdown of how the money was disbursed, Sabo said he paid N6.9 million as “WAEC and NECO examination fees for 150 orphans and the underprivileged.”

He said N100,000 was given as logistics to the five-man committee set up to go around the schools to pay the examination fees. 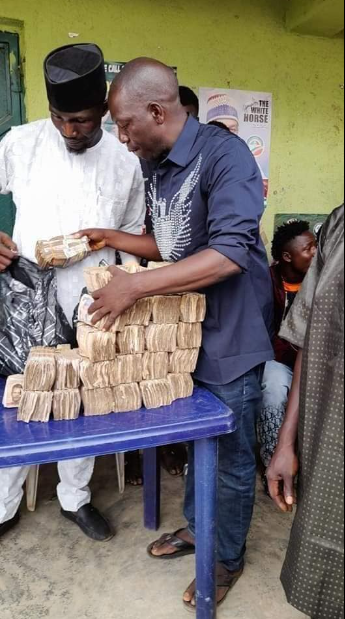 Sabo also said N3.2 million was spent on the purchase of 42 customised jerseys, including goal keepers’ outfits, socks, and tracksuits for a football coach to promote the game among the youths in the area. 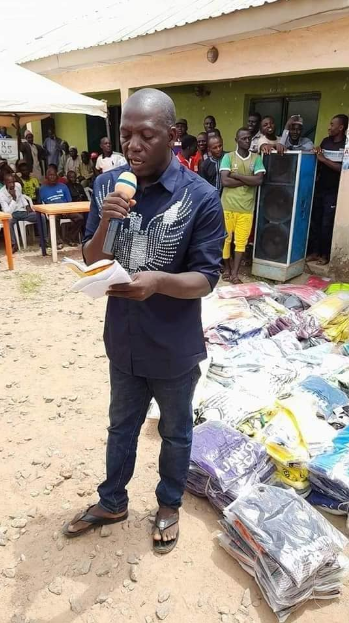 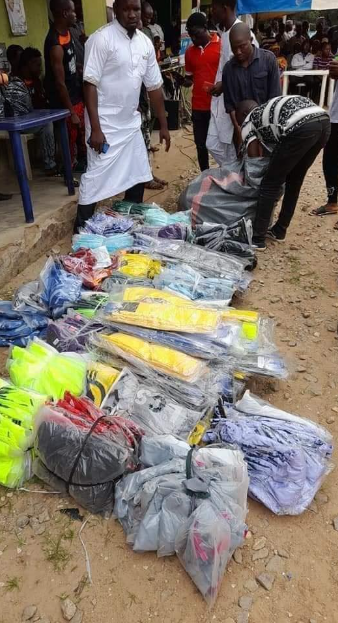 He added that the PDP ward executives in the LGA were not left out as he gave them N1.3 million.

He also said he spent N350,000 to support elders, women and “executive beggars known as maroka”. 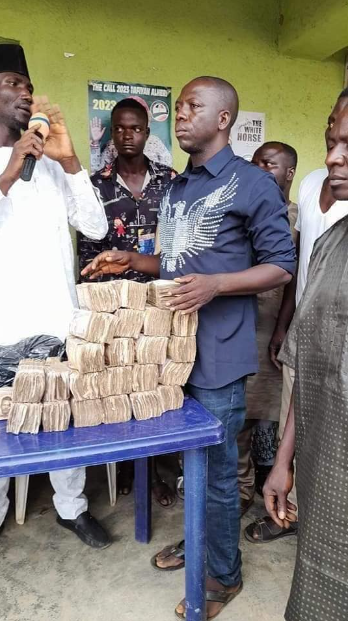 Sabo detailed how he shared the money on his Facebook page and this has received reactions from Nigerians, causing Sabo to trend. 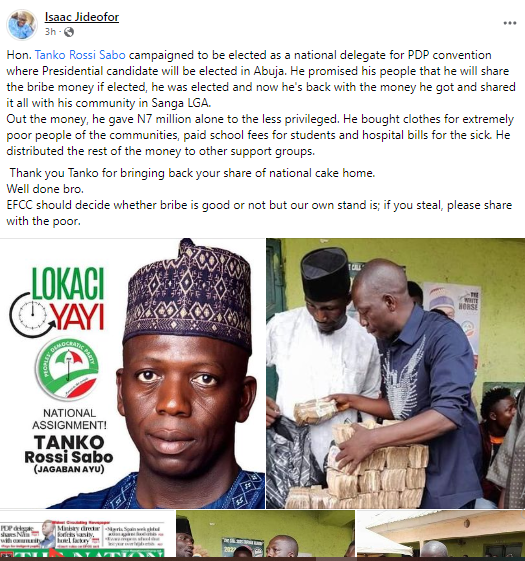 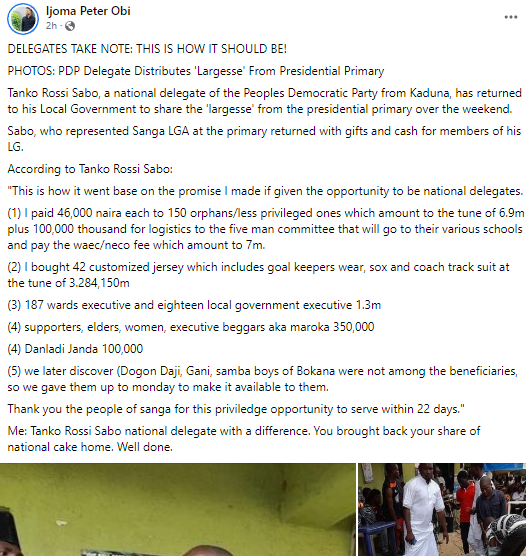