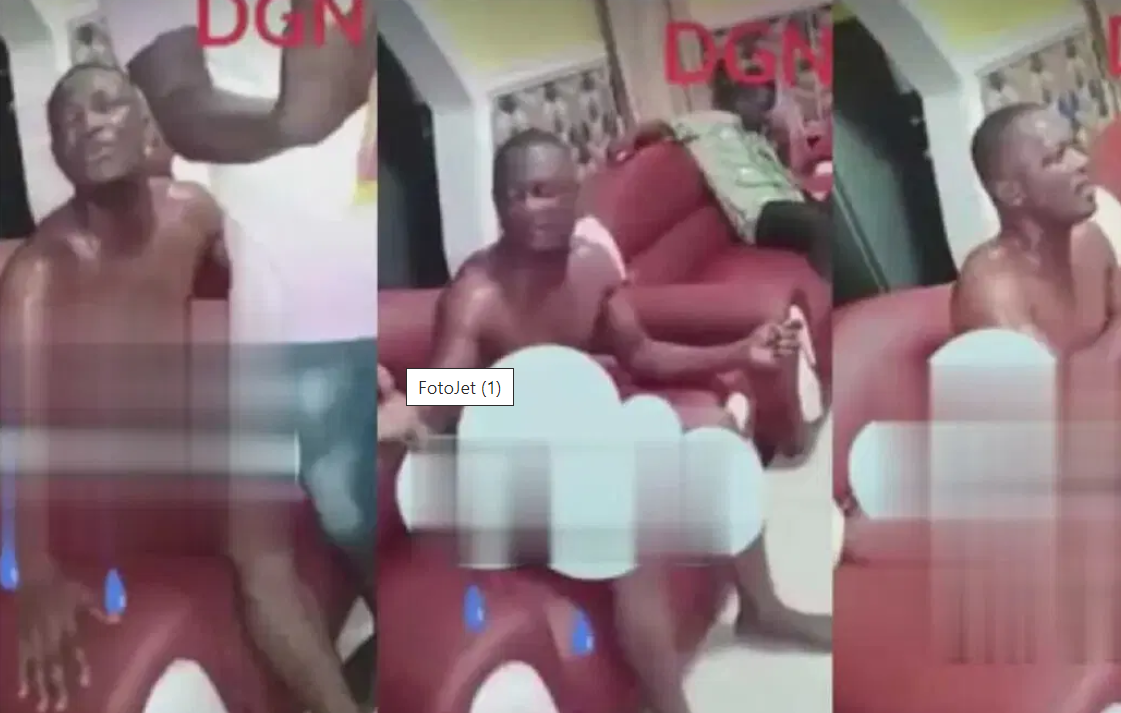 A Pastor has been caught red-handed sleeping with a married woman on her matrimonial bed.

The cleric was caught in the act by the woman’s husband who together with his friends and family members, captured it on camera.

The man who spoke in Twi (a language spoken in southern and central Ghana), said it was the woman who invited him over saying she was feeling very lonely and needed company.

He said he stopped what he was doing and rushed to her abode to pray for her as he was even planning to go on evangelism that day. The unnamed pastor said when he reached there, he asked about the whereabouts of her husband to which she replied by saying he was attending to some business projects.

Their conversation however led to sex. Watch the video below…….