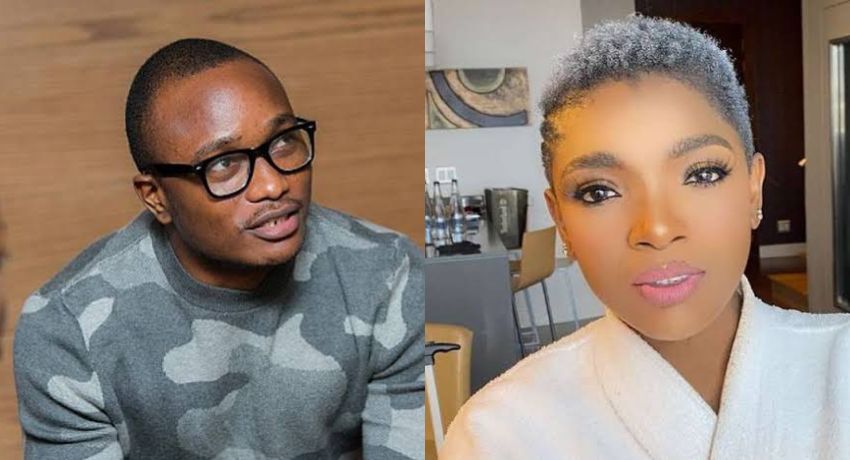 Singer Olawale Olofooro, popularly known as Brymo, has pointed out that addressing the rumoured sexual relationship with fellow singer, 2face’s wife, Annie Idibia, ‘created sudden hurt’ for the success of his 9th album.

Brymo discussed this in an interview with media personality Joey Akan on the latest episode of his Afro Intelligence podcast.

During the podcast, the 38-year-old said he tried to put up with the allegation for about two years before eventually taking the matter to the public.

The singer, however, said his decision to open up a few weeks after he released ‘9’, his ninth studio album, affected the success of the project.

Brymo noted that seeing his streams for the new album shrink over the allegation left him hurt at the time even though it was imperative to shut down the rumour. He said:

“There’s another case of me being accused of sleeping with someone’s wife (Annie Idibia) and that was huge. That was ridiculous…oh my God, I carried that for maybe two years and just went on to organise chaos because I couldn’t take it anymore.”

Surprisingly, we just dropped ‘9’ and everything was going fine…first week (after release) we had millions of streams on Apple Music and it was good.

Then, I tweeted and my streams went down. Though I tweeted it, I still felt hurt. Addressing it created sudden hurt in my progress but it was necessary to end it there and then. Now the streams are getting better again. I was being politically incorrect to be correct.”