There was commotion at an eatery when a man was accused of poisoning a friend’s drink and he was forced to consume the drink.

In a video shared online, the man accused of poisoning the drink is seen sitting weakly on the floor as other men surround him. 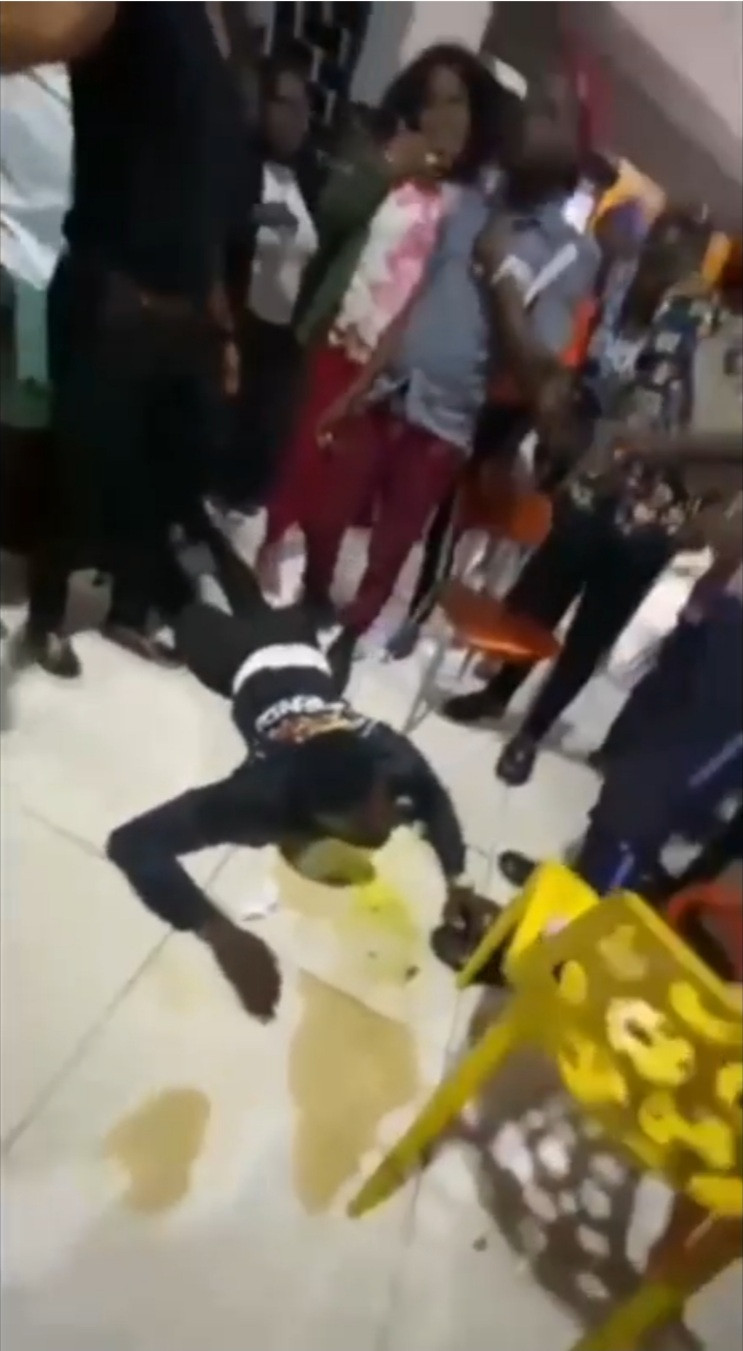 Some of the men are seen hitting him as they accuse him of poisoning his friend’s drink when the friend went to pee.

Soon, he begins vomiting but this doesn’t stop the men from continuing with the beating. 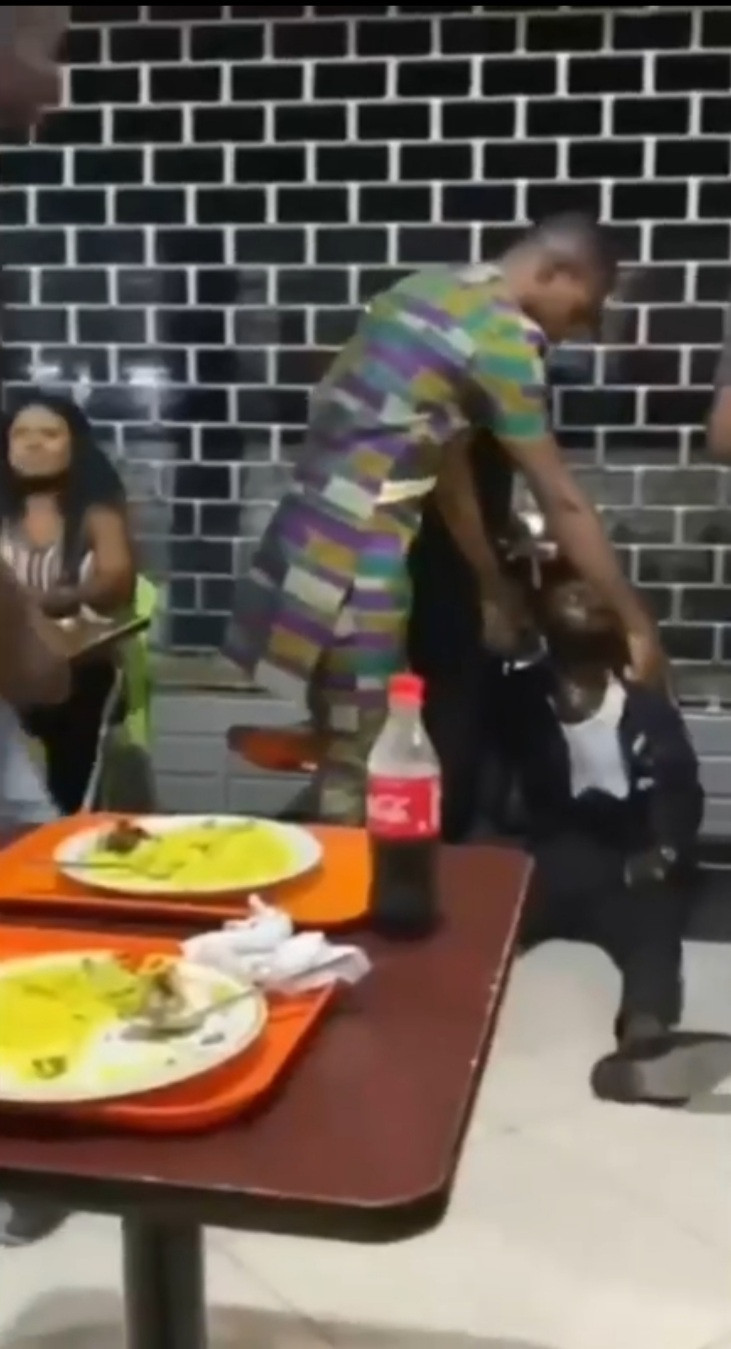 Someone claiming to be an eyewitness said he saw the man remove something from his pocket, open it, and put some of it into his friend’s drink before covering the drink back like nothing happened.

It took the intervention of mall security to stop the men from further attacking the man who was already too weak and was rolling on the floor.