An Ibadan-based lady simply identified as Oghenekeve has taken to Twitter to share her chat with a man who requested to sleep with her before he could offer her a job.

The man had reached out to the lady for a job opening in his organization, which, according to him, is one of the foremost PR firms in Ibadan, the Oyo state capital.

However, while the lady would have apparently been excited and grateful that her job search had finally come to an end, he quickly chipped in that she had to have sexual relations with him before he could give her the job.

“I want you to make me happy intimately. I am asking you for that as a means of securing your place in my list as my top models who will get every job I’m giving out. If you want that job as well its also yours but I just need to feel secure that you truly deserve all I doing for you. Don’t complicate things for us by being stubborn. I chose you not because you are the best for the job but simply cos I just ant to help your career”. He wrote in part.

After the lady turned him down, what followed was a barrage of insults and curses. He also called her all sorts of unprintable words.

Sharing screenshots of the chat on Twitter, Keve wrote, “Because I don’t want to have s3x to get a job, God abeg.”

See their exchange below, 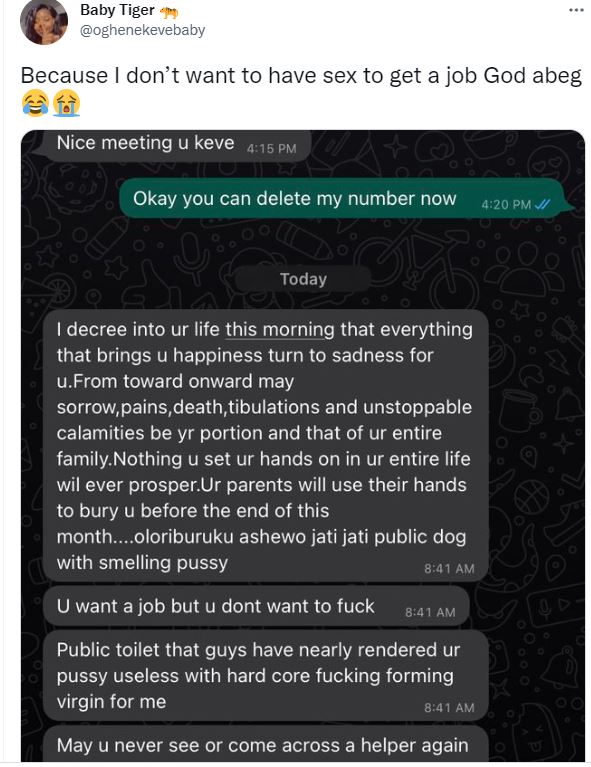 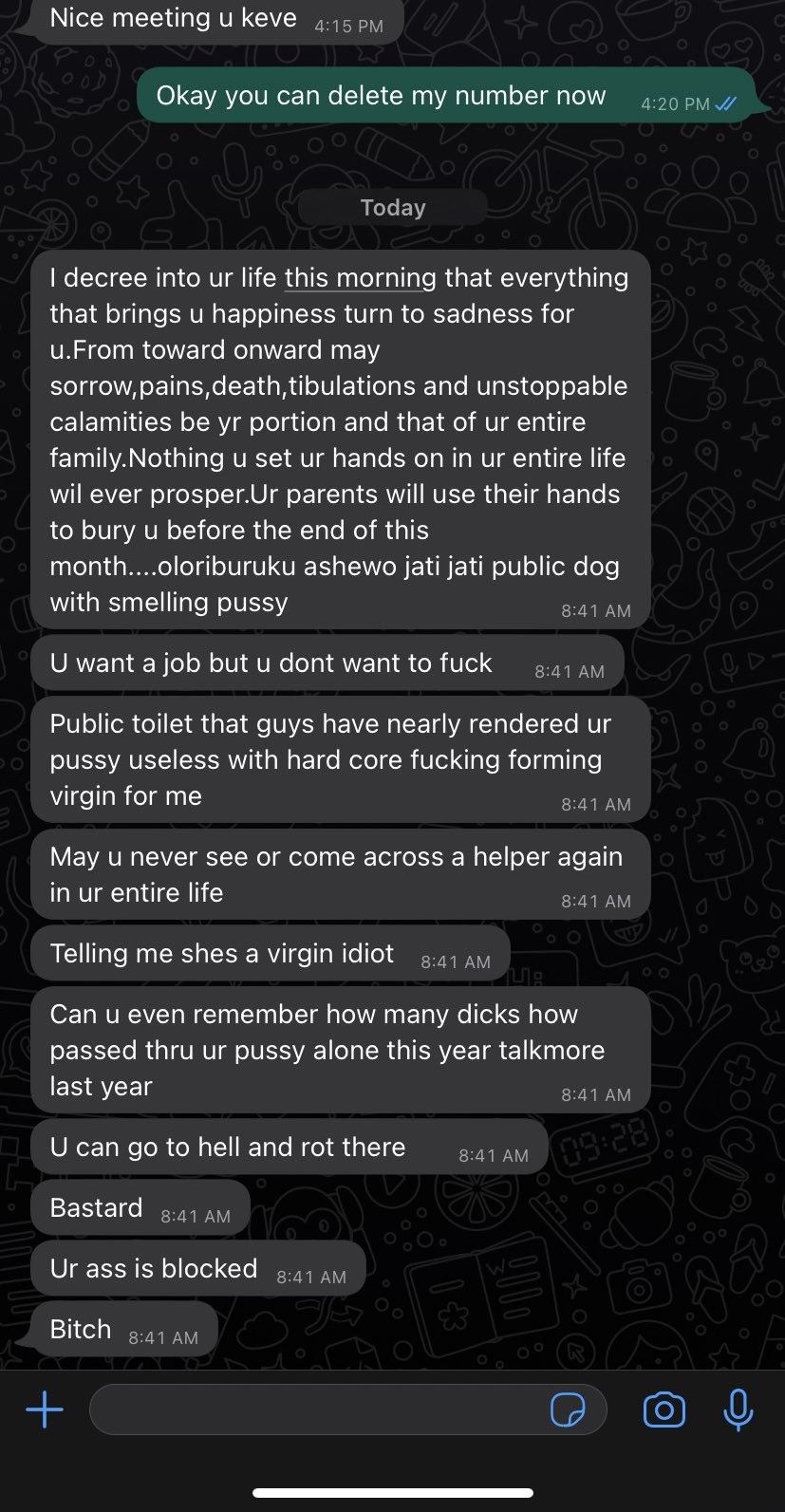 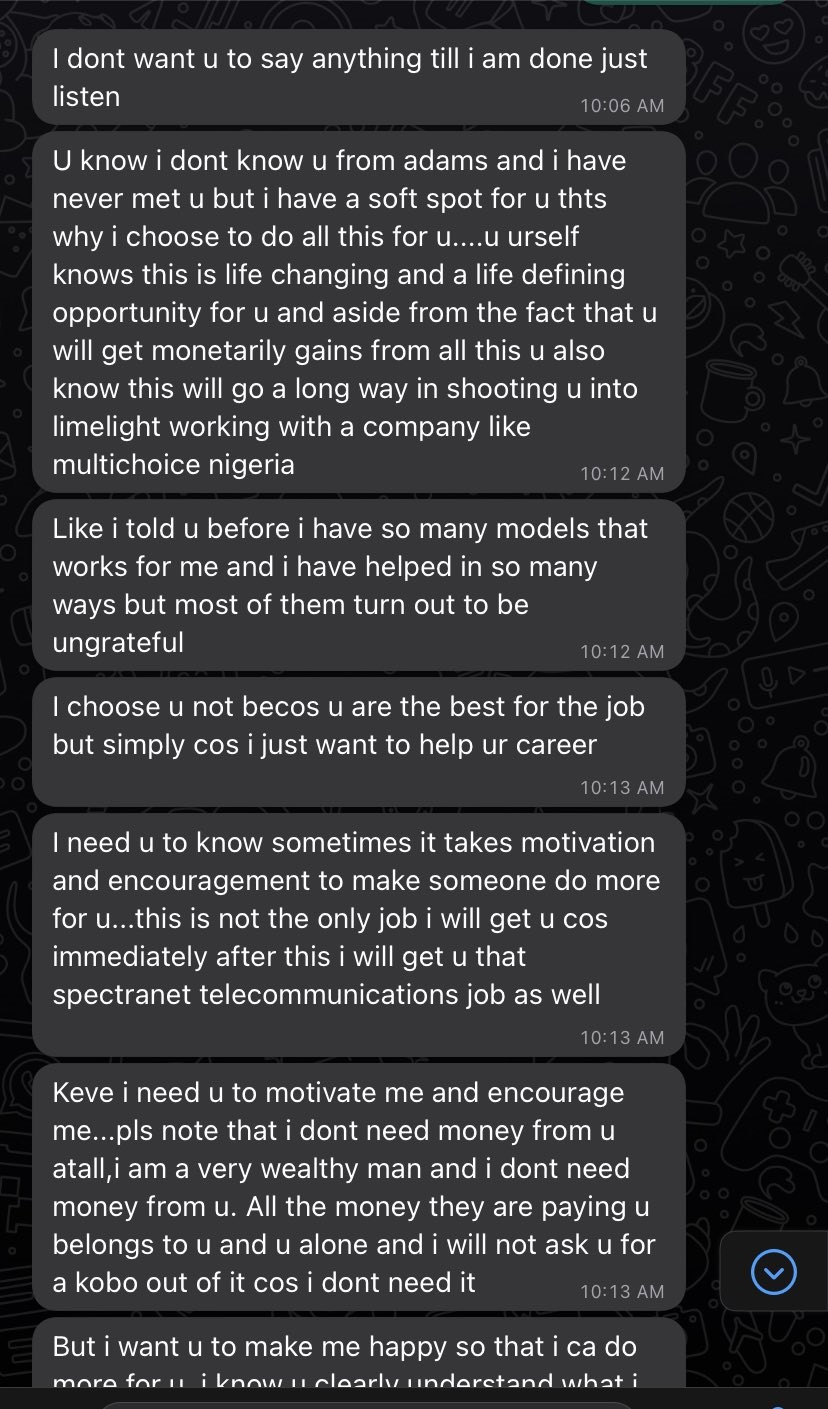 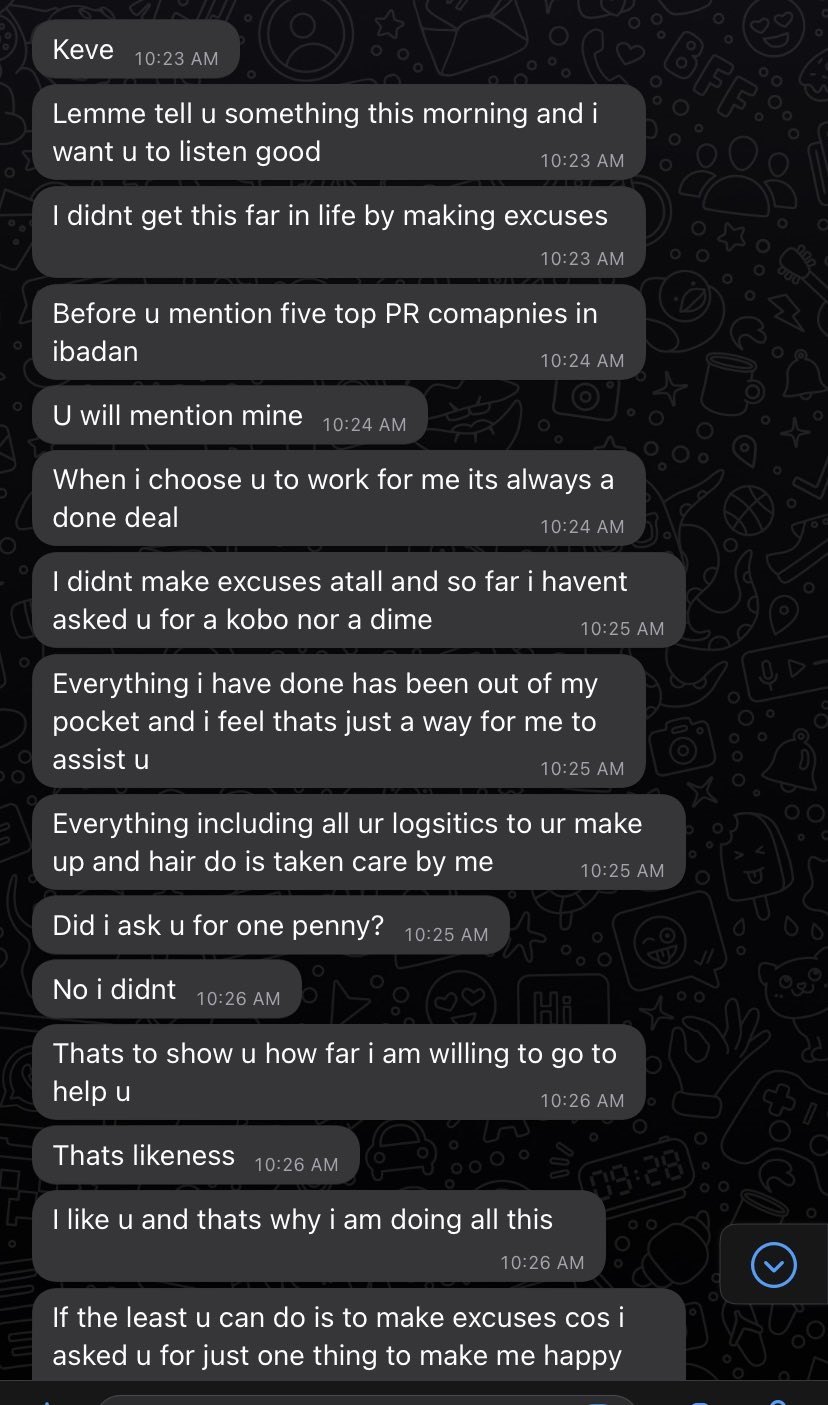 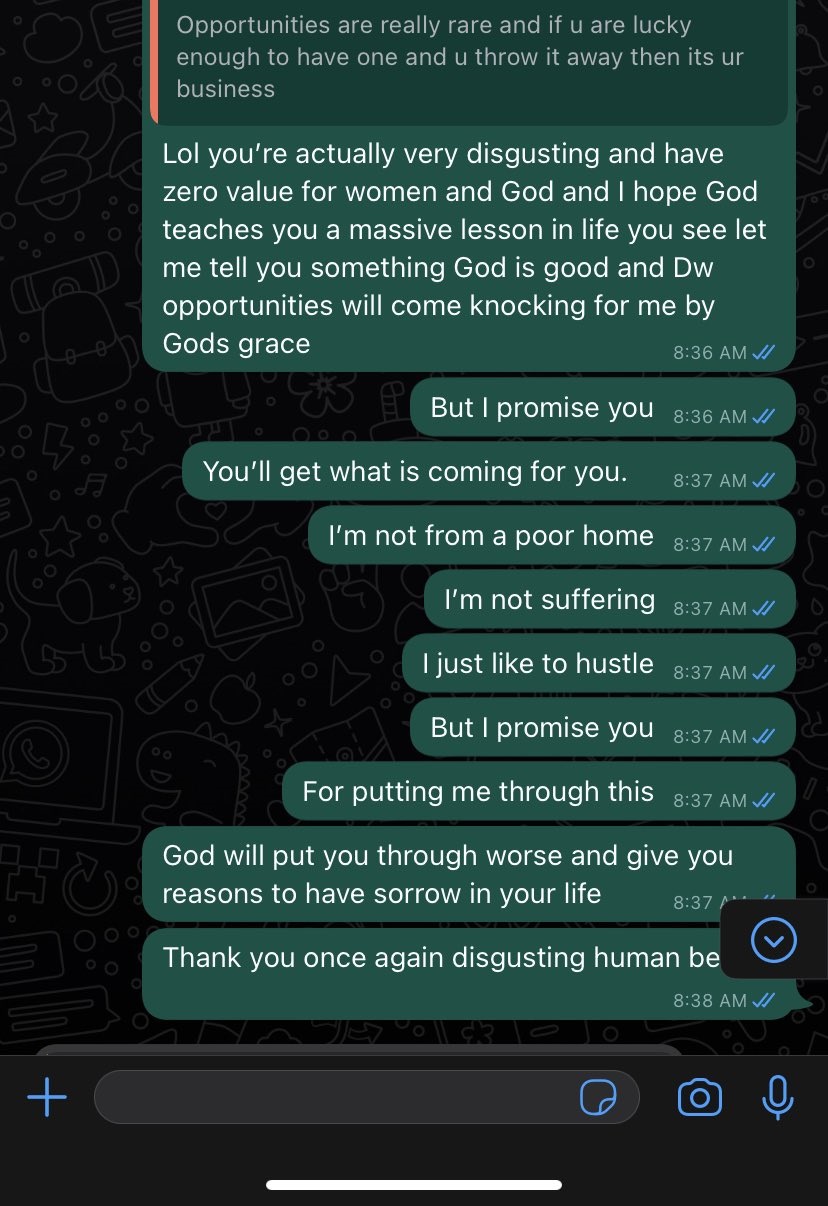 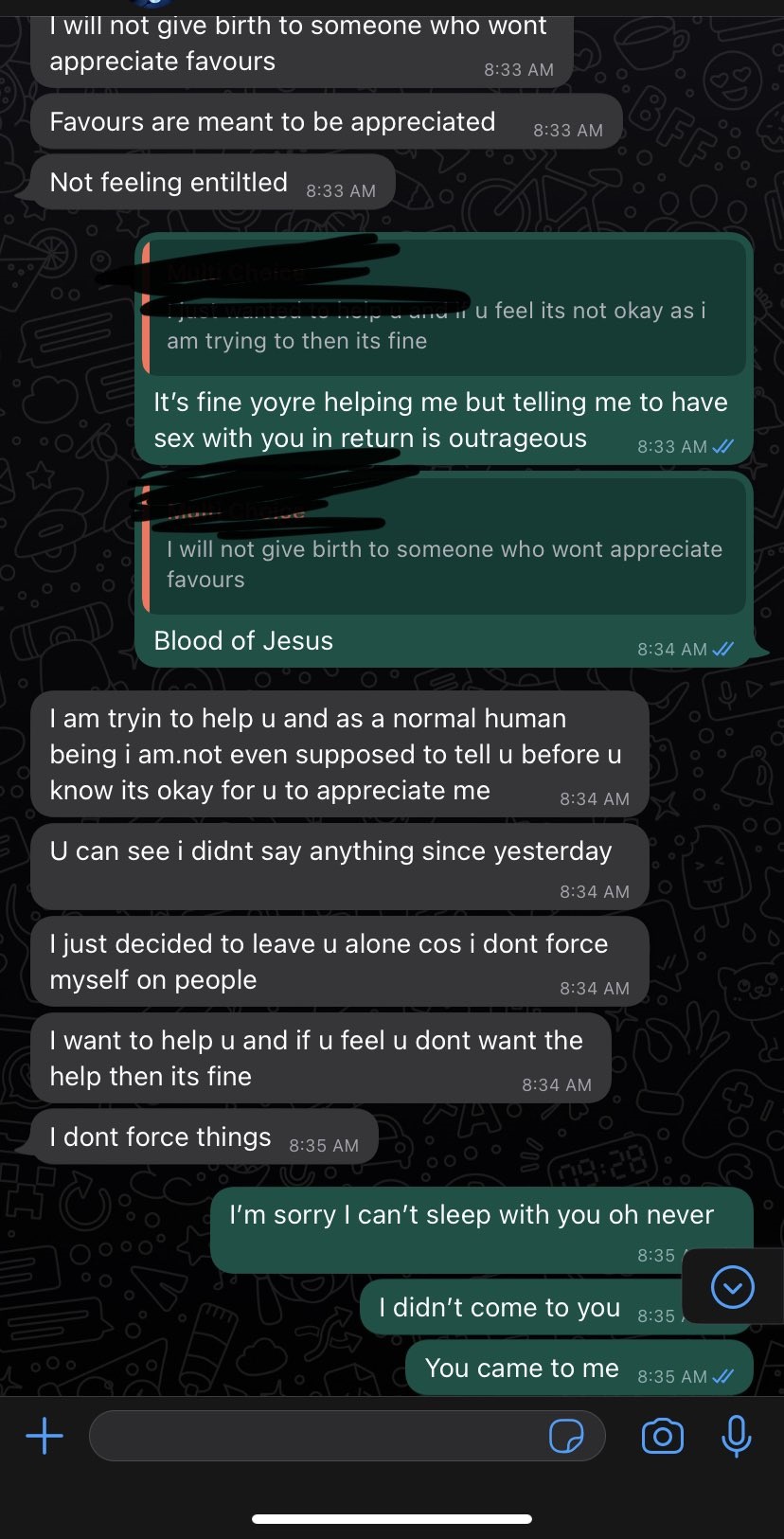 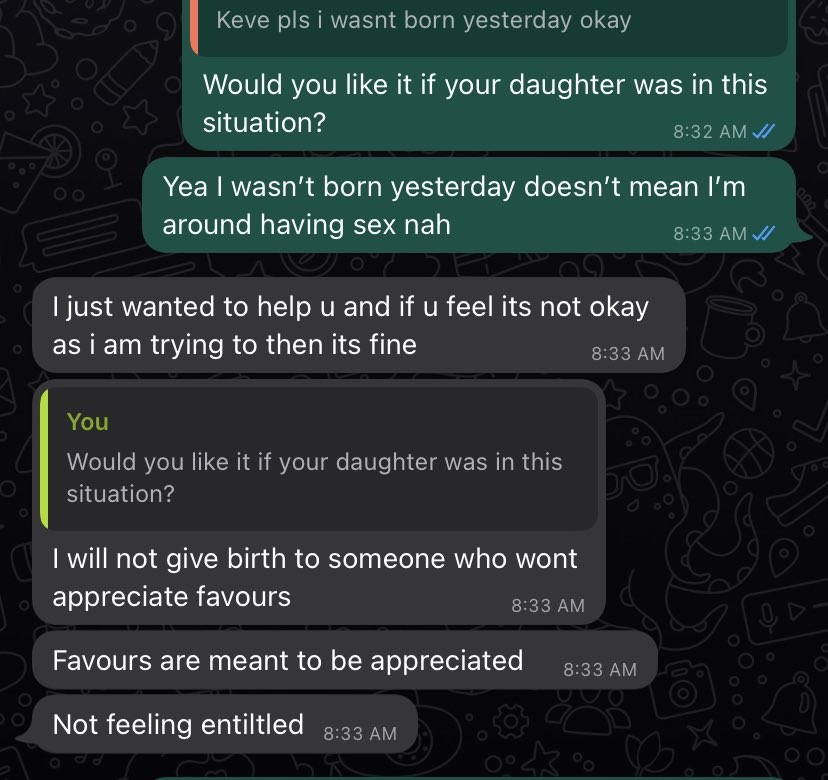