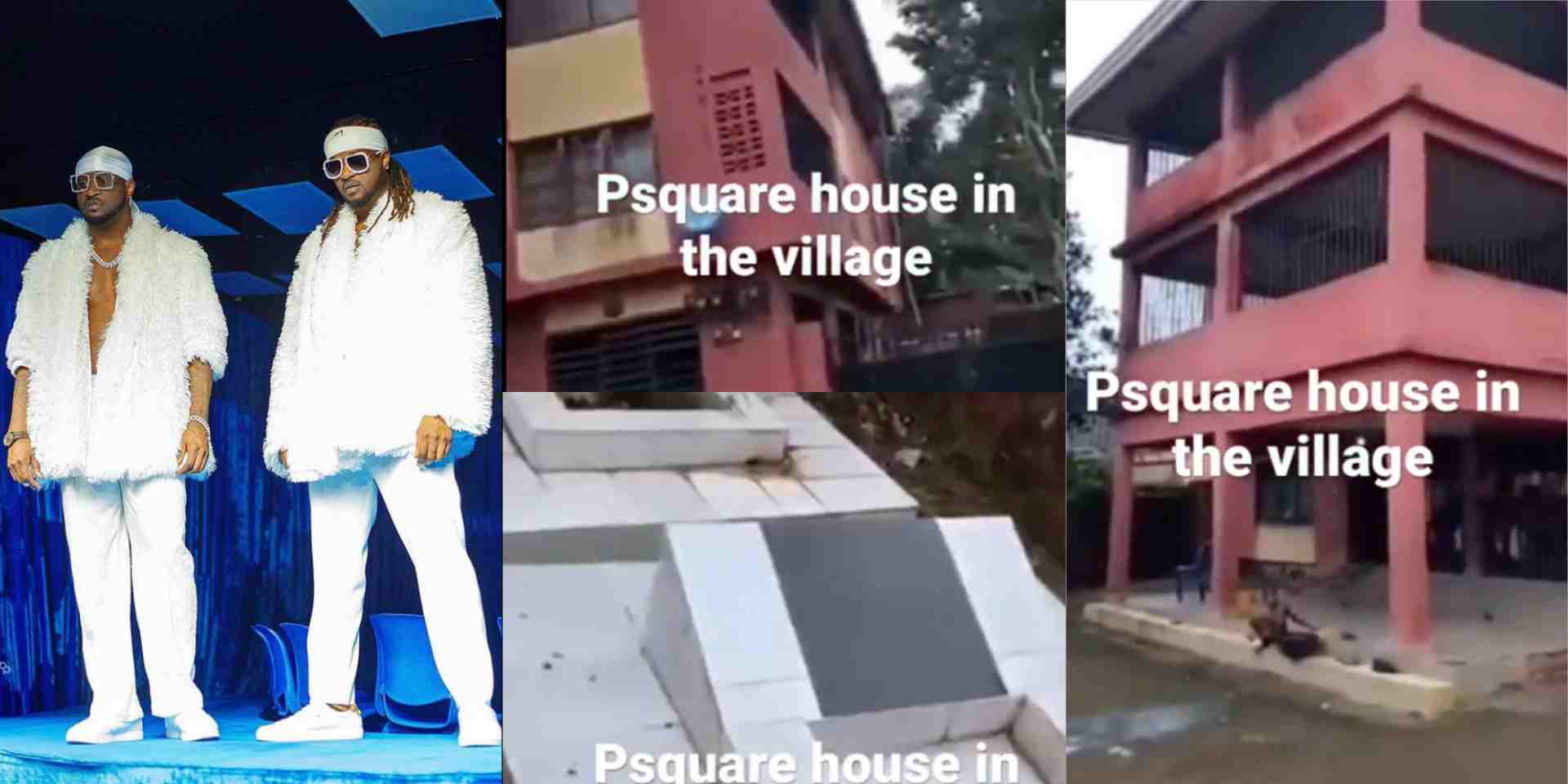 A video making the rounds on social media captures the moment an unidentified man showed off Psquare’s alleged village mansion.

In the viral clip, the man noted that the duo who are known for their hit track ‘Do Me’ have such a dilapidated house in the village.

He went on to capture their late parents’ graves and their uncle’s house also.

Going by the video, the surroundings looked quite deserted.

Amid the emergence of this video, the singers are yet to break their silence.

The man who was doing the narration in the video protected his identity by keeping the camera away from his face.