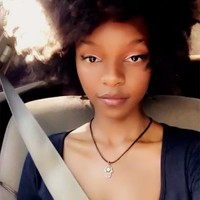 Things between my new manager and I developed really quickly (he is not married and he is 10 years older than me). Although we have been working together, when he became the new manager we started dating. it was mutual, it wasn’t like he forced me. We liked each other and we started dating in March 2022. We kept things professional in the office. Nobody in the office knows about this even till now.

Those companies I applied to in November 2021 reached out to me for an interview. I got two offers at the same time. Both offers come with great pay (similar to what my boyfriend currently earns) and a significant boost to my career. I spoke to my boyfriend about it and being my boss he told me to reject both offers, he told me he would be able to cater for my needs that the only commitment he has now is paying for his house and once he is done paying for it, he would have more money to take care of me and I didn’t need a job where they would pay me what he’s currently earning and be in a role similar to his.

I told him it’s not the money but it would be about moving up the ladder in my career. These are offers people do not have, now I have two, he is asking me to reject them. He told me even if I have to move the only offer I should take is the one close to the company where we work which has a lower pay compared to the second offer. I told him I would go with the second offer which has more opportunities for me. Both offers are in the same state although my preferred offer is a bit far from where I live but it is still a reasonable location to commute everyday. At one point he told me, I was too ambitious and I took it as a compliment.

I noticed he changed since then, he informed the company management that I was leaving and we began the handover process, I noticed he changed after we had the discussion about me accepting the second offer but I thought it was about him missing me. May 31 was my last day and I noticed few days to my last day he was acting strange so I asked him what the matter was. He said he doesn’t feel anything for me and we should stop seeing each other.

This is a man that was really excited when we were dating, all of a sudden doesn’t feel anything for me because I got a high paying job? Is it wrong for a woman to be ambitious? When has it become a crime for a woman to aim high in her career? My role will still be to support him. I have never been rude to him and I am not going to be rude to him because we now earn the same salary. I really like him and I feel disappointed that he could act this way.