A lady has surprised her boyfriend with a Range Rover as birthday gift and the video has gotten people talking online.

She took to social media to share a video of the moment she presented the wonder on wheels to her lover.

In the video, she blindfolded her boyfriend and led him to a parking lot where the Range Rover with a little bow was parked. 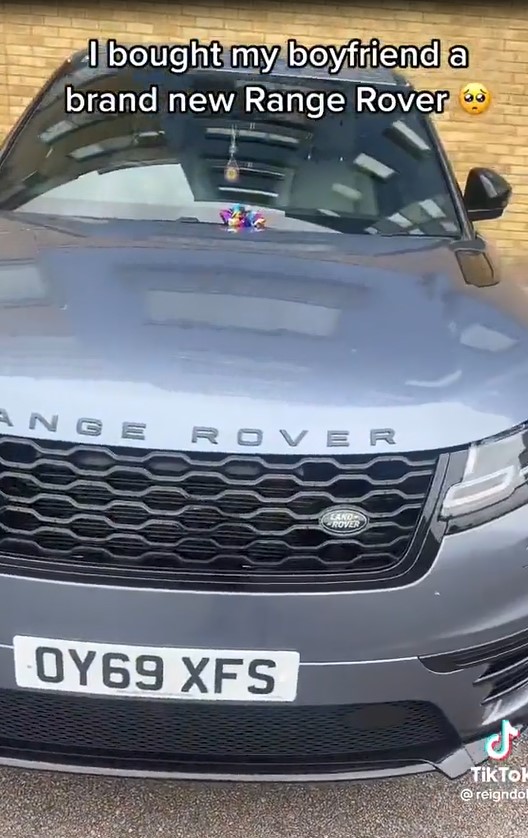 When the blindfold was removed from his eyes and he saw the car, he initially did not believe the car was his and just stared in disbelief until his girlfriend handed him the car key and told him she bought him the Range Rover.

His countenance immediately changed positively and he brought out his phone to capture the beautiful moment. They then took the new whip for a spin.

Some also asserted that her boyfriend seemed unimpressed by the gift while some men stated that they can never accept such a gift from a women.

See some reactions below,

@breezefam wrote, “I’m sorry but id never do this for a boyfriend, he’d have to be my husband. He could be cheating or he could leave you, have next gyal in the car nahhh

@xydrfresh wrote, “No offence Buh I Can’t Accept This Heavy Gift From Any Girl, Not Even In Marriage. E Get Why”

@l1lmaa wrote, “He doesn’t seem happy or excited about it why?”

@sexynsikak wrote, “Buying Range Rover for someone that’s sagging like that? Whatever your eyes see in the relationship I just gotta keep it yourself.”