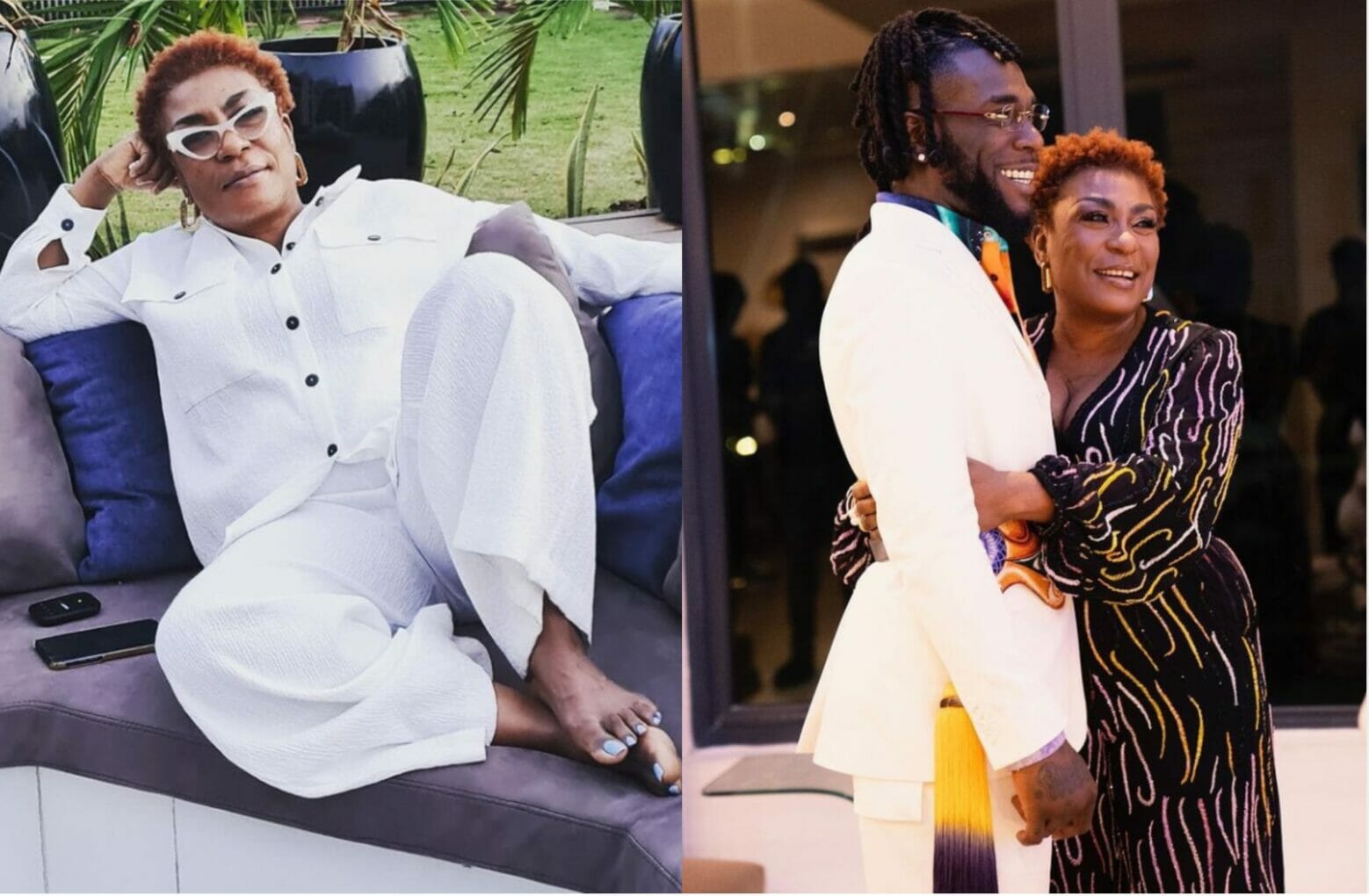 Bose Ogulu, the mother and manager of Grammy award winning singer, Burna Boy has penned a short birthday note to her son as she celebrates his birthday today.

Taking to Instagram, Bose Ogulu noted how Burna Boy has made her a proud mum with his numerous achievements.

Giving him a birthday shout out, she stated that she is proud of the man he is becoming.

“Happy Birthday D. You have given me so many reasons to be proud of the man you have become. Let us tone down the madness. Cheers to a new age”.

Bose Ogulu, had showered love on Burna Boy as he became the first African artiste to perform at the Billboard Music Awards.

The Billboard Music Awards held on Sunday, May 15, 2022 and had in attendance Burna Boy and his mother. The singer took to the stage to perform his several hit songs and became the first African artist to achieve such a feat.

Bose Ogulu took to her Instagram page to applaud her son for the record-breaking achievement. Bose went on to list the many records her son had broken for the past week.

According to her, Burna Boy was the first African artiste to not only perform at Billboard but also at Grammys, BET Hip-hop awards, and Brits.

“A lot of firsts this week @burnaboygram became the first African artist to perform at the BBMA’s, Grammy’s, BET Hip-hop Awards and Brits…. Also, our First trip to Vegas!”