In a quite shocking version of events, the video a lady made just to prove to her supposedly former partner, that what she had for him wasn’t fake, has left netizens jaw-dropped.

The unidentified lady made the video with sands in her hands and proceeded to swear with it — she’s heard calling the name of the man she was trying to prove to, telling him that if her love for him is fake, the sand baring her witness, may her mother not live long. 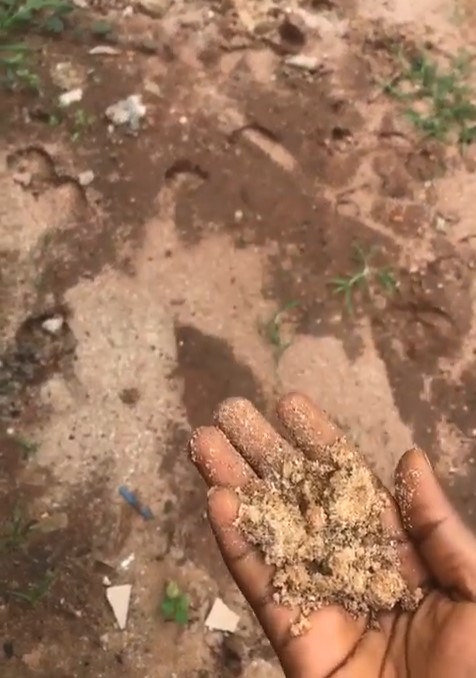 She then goes on to say that she would have sworn with her life… but it means nothing and as such, she’ll use her mother’s life to swear instead.

“Coco, see, if I faked anything for you, if I was fake, if my love was fake, may the sand bare me witness, let my mom never live long, I would have swear with my life but it means nothing but I will use my mom’s own, may she never live long”