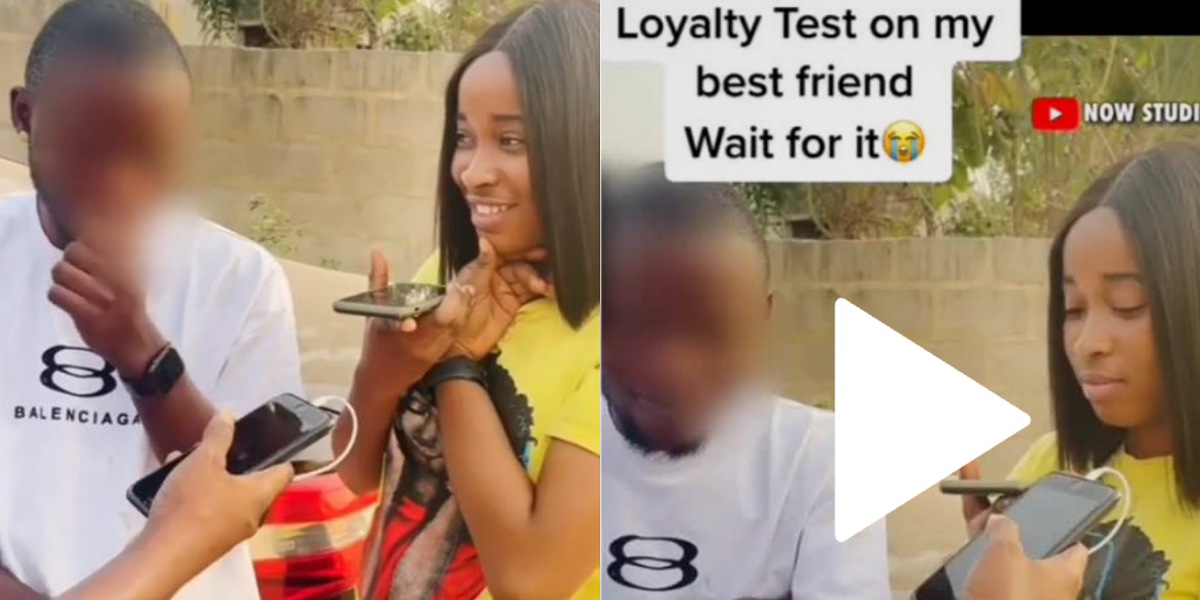 A lady has failed her friend’s loyalty test over just N50k.

The lady’s friend has come to visit her in her fiancée house, so she decided to prank her with a guy, who pretended to be her boyfriend who wanted to cheat on his girlfriend.

When the pranking began, she initially resisted but when the supposed boyfriend promised to give her N50k she failed her friend