Recall that on Monday, October 17th, 2022 reports about Judy Austin’s alleged ex-husband accusing her present hubby Yul Edochie of denying him access to his kids caused a stir online.

The man who claimed to have married Judy Austin when she was 19 years old and invested heavily in her education, revealed how the actress ran away with their kids after he refused to buy her a house in Enugu.

In a new reveal made by Instagram blogger, Gistlover, Mr. Obasi alleged that Judy Austin ’s last child, Star Dikeh Edochie, belongs to him and not the actor.

Not stopping there, Mr Obasi narrated how Judy Austin’s desperation to attain great Nollywood heights like her senior colleagues, Omotola Jalade and Genevieve Nnaji, pushed her into jilting him and marrying Yul Edochie.

LISTEN TO AUDIO AND SEE SCREENSHOT BELOW 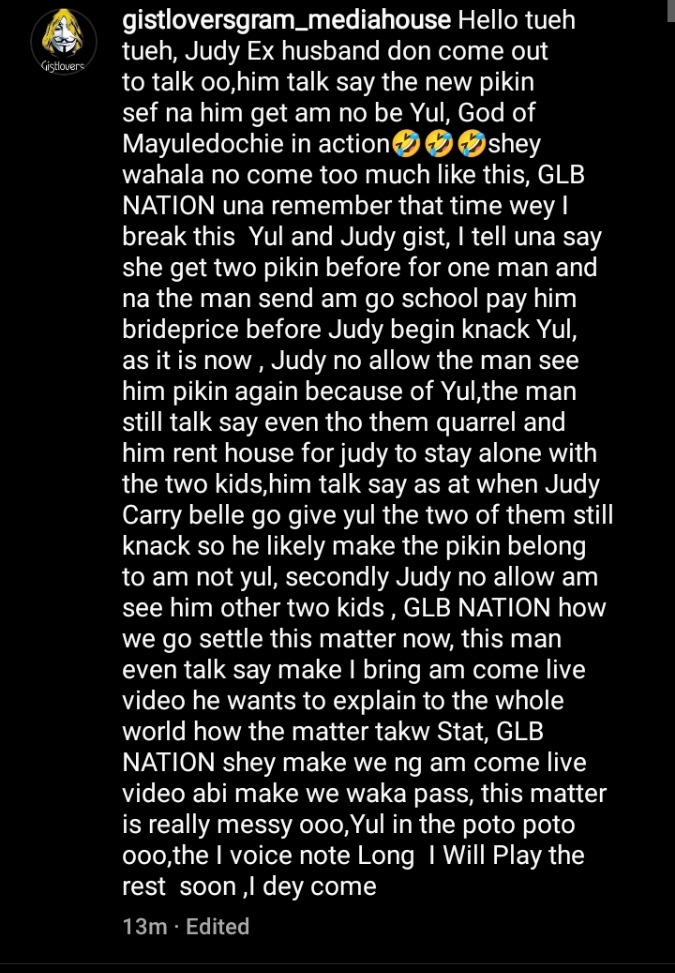