A Nigerian lady has gone online to celebrate after getting engaged to her man who has cheated on her with three different women including her former bestfriend.

In a video making rounds online, the lady who was in the passenger’s seat of her fiancé’s car, was seen vibing to Dbanj’s vintage song ‘Fall in Love’. 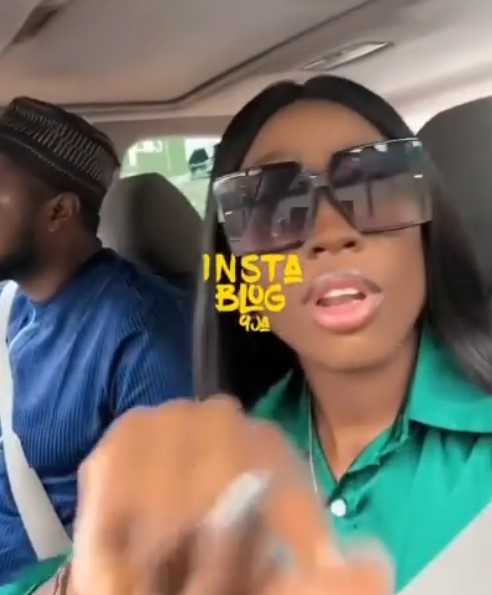 She also noted that she was excited to be the ultimate winner of her man even after he has had love affairs with other women.

The lady wrote, “Ended up engaged to the one that cheated on me with my ex bestie and 2 others. I won”

The video has elicited different reactions from social media users who berated the lady for selling herself short to be with a chronic cheater.

Others asserted that the man will still return back to the street and it’s only a matter of time.

“What you accepted while dating I hope you will swallow it while married , anything u condone now hope u condone while you’re married because marrying him thinking he’d change because he is married you are lying .. happy married life dear you’d need all the strength dear “

“He’s cheating on you with people close to you. He might decide to cheat on you with your chief bridesmaid.”

“Nor be clear eye u wan take jump for express so, what is wrong with u dis girl, for ur mind u hav won I just pity u in d future, abi u don do deliverance for d guy, I hope u don’t catch him again a day before or after ur wedding cause dis desperation is too expensive”

“You no win my sister, he proposed because apparently you like taking shits…..you go see shege my dear