The self-styled number one Area father stated this on Twitter after the National Leader of the All Progressives Congress party, Asiwaju Bola Ahmed Tinubu, was announced as the winner of the APC Presidential Primaries.

While a couple of aspirants bowed out and stepped down for Bola Ahmed Tinubu, the former governor of Lagos state amassed half of the total votes to beat his major opponents, Vice President Yemi Osinbajo and the former Rivers State Governor, Rotimi Amaechi. 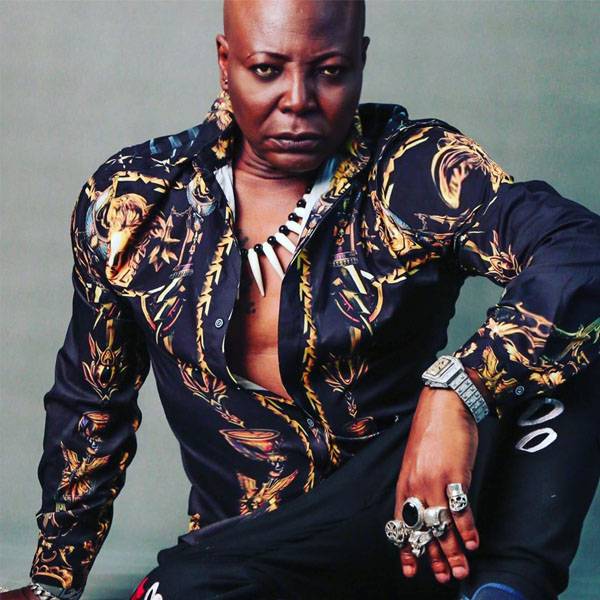 Tinubu got a total of 1,299 votes while his major opponents, Amaechi and Osinbajo, got 316 and 235 votes respectively, making him the flagbearer.

Meanwhile, former vice president, Atiku Abubukar is also vying for presidency on the platform of the People’s Democratic Party (PDP).

“If any of these two jabagantis win, I go just leave una walker go Ghana, go beg dem for citizenship. Buhari, will look like a saint.” 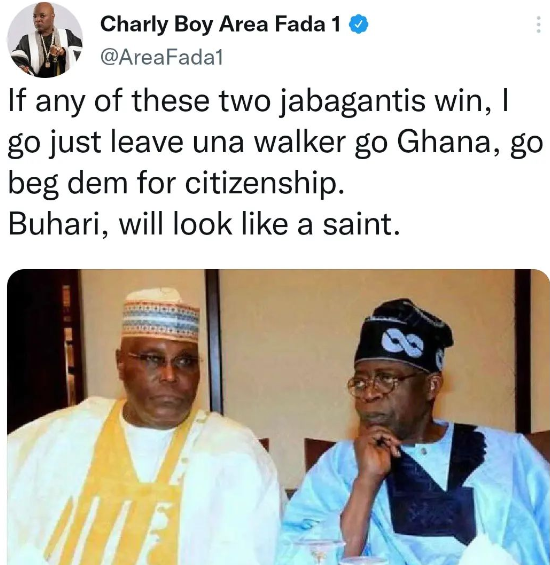