The Ondo state police command has paraded a 22-year-old suspected female kidnapper, Adeola Omoniyi, who specialises in abducting toddlers and selling them to her father.

Adeola, who confessed to the crime while being paraded at the Ondo state police headquarters in Akure, revealed she has been kidnapping innocent children and selling each child for N30,000 to her father for the past two years. 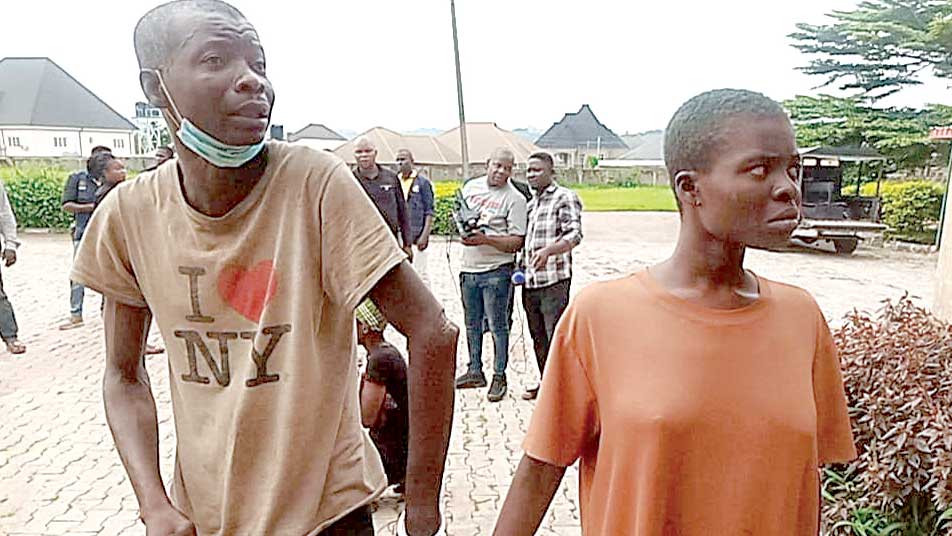 She told the police that her father, Ilesanmi Omoniyi, had been taking delivery of the victims and later paying her the sum of N30,000 for each operation.

“I’m a kidnapper. I kidnap little children and I always deliver them to my father in his house at Igbotako. I was successful with the first two children I took but I was caught with the third one.

After delivering the kids to my father, he used to give me N30,000 for each operation. I would use the money to take care of myself. I don’t know what he normally used the children for, all I do is just to take them to him.

He was the one that told me to always bring the children to him. I picked the first child from Ilutitun and the second from Ilowo,” she said.

Recounting how she nabbed, she said;

“It was when I was taking the child away that the mother raised alarm. People gathered to beat me and I was taken to the police station before I was moved to Akure.

I have been doing the business for about two years. The first one was in 2021 and the second one this year. I always offer to help the children when they are alone they will follow me.”

However, upon questioning, Adeola’s father, Ilesanmi denied the crime and insisted that his daughter lied against him.

“My daughter used to stay in Lagos. She got sick and they brought her to me in Igbotako. She was stark naked when they brought her to me. I later took her to a church where the pastor said I should pay N80,000. I sold my cassava and I paid the pastor. He later told me that she is better but few days after he called again that he could not find her as she had left the church.

“I’m the one that she used to bring the kids to. I have never given her N30,000. It was six months after she left the church, we have been looking for her that I heard that she went to steal a child”. He said.

The state’s police spokesperson, SP Funmi Odunlami, disclosed that the suspects will be charged to court after the investigation is concluded.