Nigerian sensational singer, Tiwa Savage, has revealed that wealth isn’t what she looks for in a man.

The mother of one made this revelation while performing at her show in Dallas.

According to her, she has her own money, so she isn’t particular about finding a wealthy man. Her type of man, she says, is the one who matches her energy and vibe. 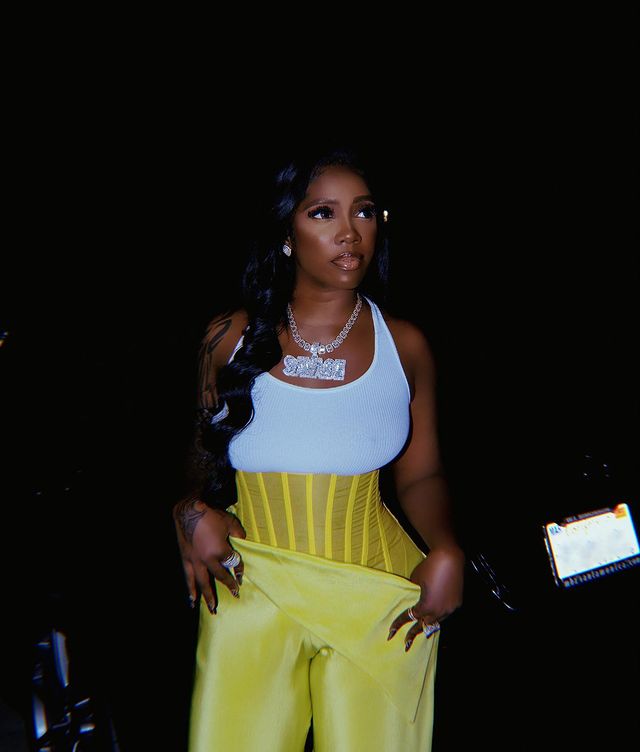 She added that she can walk away from unpleasant situations because she has her own money and is not reliant on any man.

Her remark garnered ecstatic responses from the crowd of female fans, who appeared to back her decision wholeheartedly.

Watch her speak below,

A while ago, Tiwa Savage took to Snapchat to lament over the stress involved in making money.

Sharing a photo of herself in bed on Thursday, January 13, the mum of one who seemed exhausted, disclosed that she had one more meeting to attend before retiring for the day.

She bemoaned the stress of looking for money and wondered why her father is not the richest man in Africa, Aliko Dangote.

“I have one more meeting. It’s not easy looking for money o. God help me, but why my papa no be Dangote or something like that (may his soul Rest in Peace though”. She wrote.