Larissa London, the alleged fourth babymama of Nigerian singer, Davido, has responded after being asked about the identity of her two-year-old son, Dawson’s father.

There were speculations that Larissa’s son was fathered by sensational Nigerian singer, Davido. However, she has not come out to confirm or deny the rumour till date. 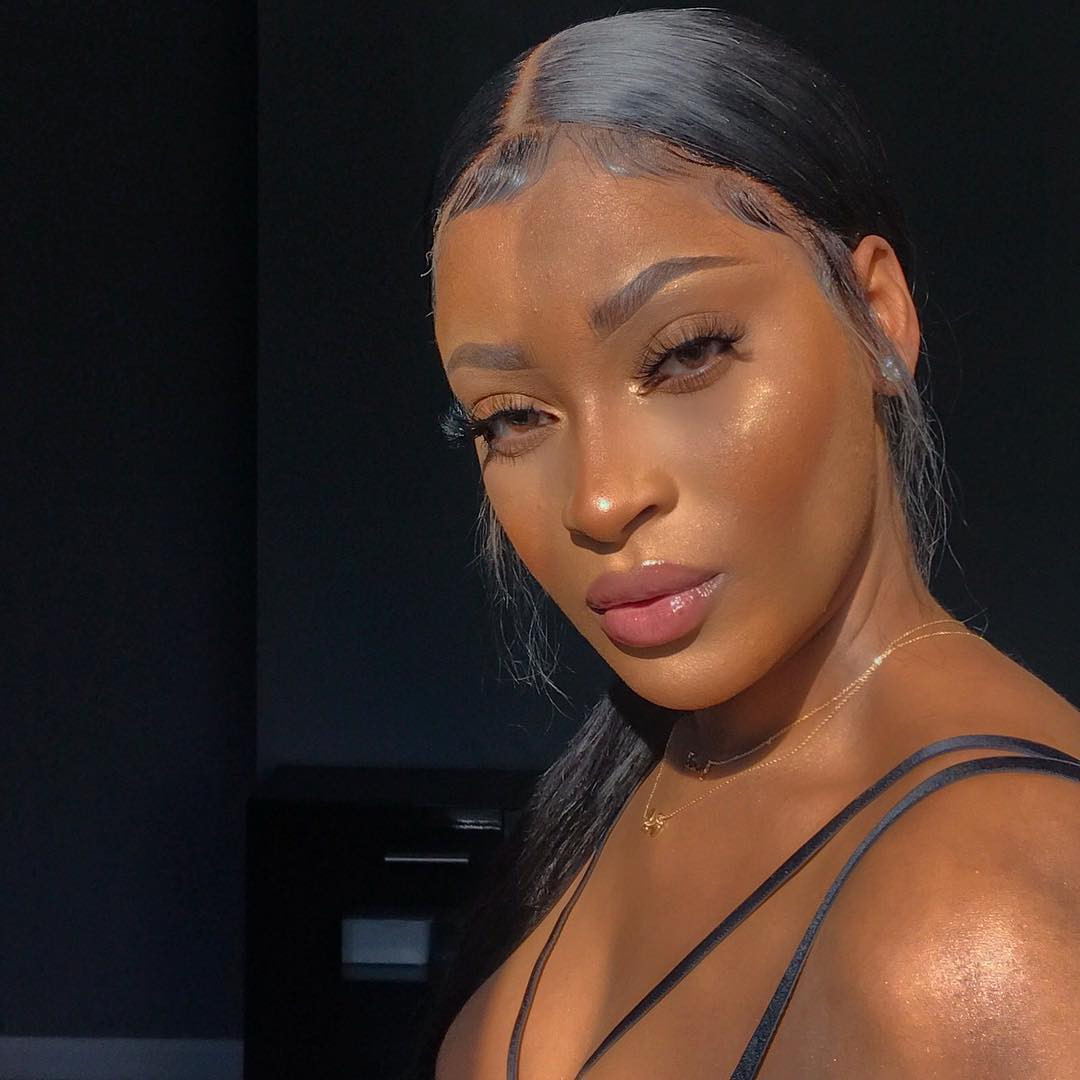 Well, Larissa held a question and answer session with her followers on Instagram recently, and gave them the liberty to ask any question of their choice.

A follower used the opportunity to ask why she has never posted pictures of her son’s father on her social media page.

“Are you having any lil misunderstanding with Dawson’s father. Cos you have never posted him”, the follower asked.

Responding, Larissa, a UK-based makeup artist, revealed that she’s taking care of her son alone as his father is not in the picture.

“No. I am Dawson’s only parent”, she responded. 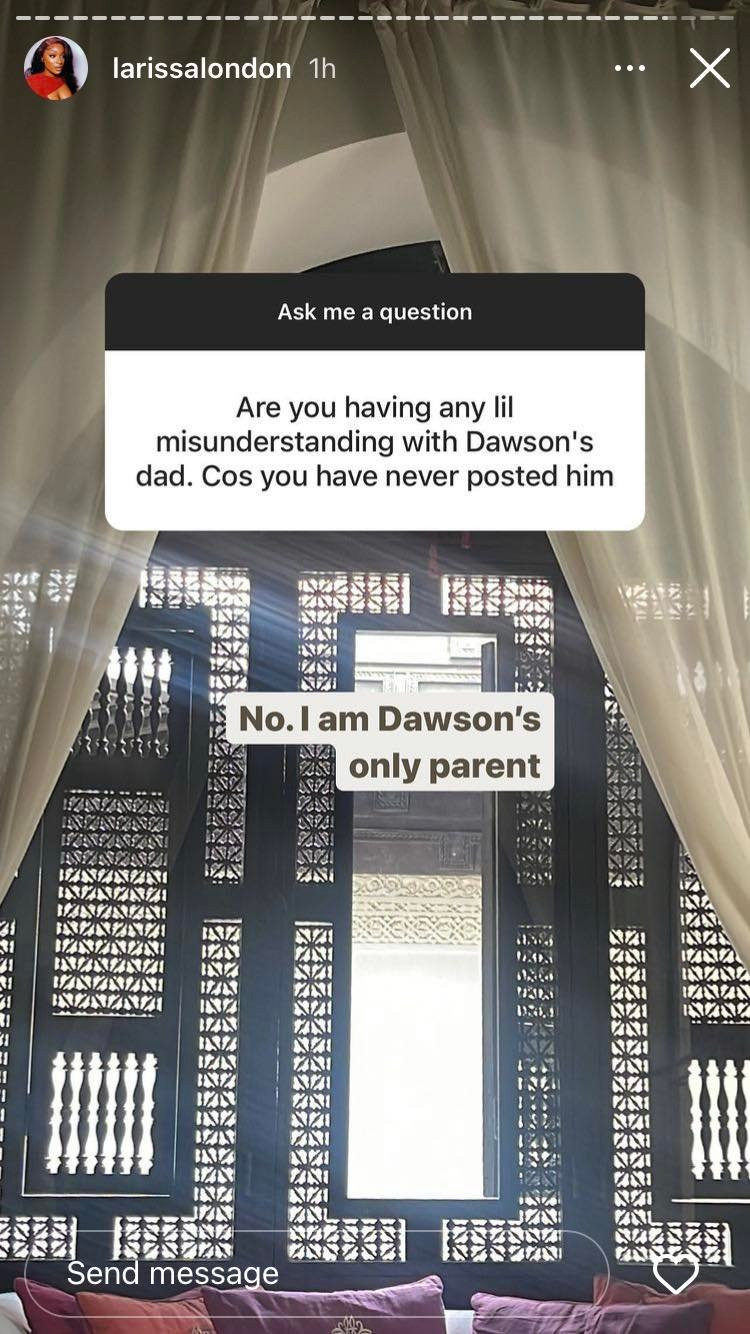 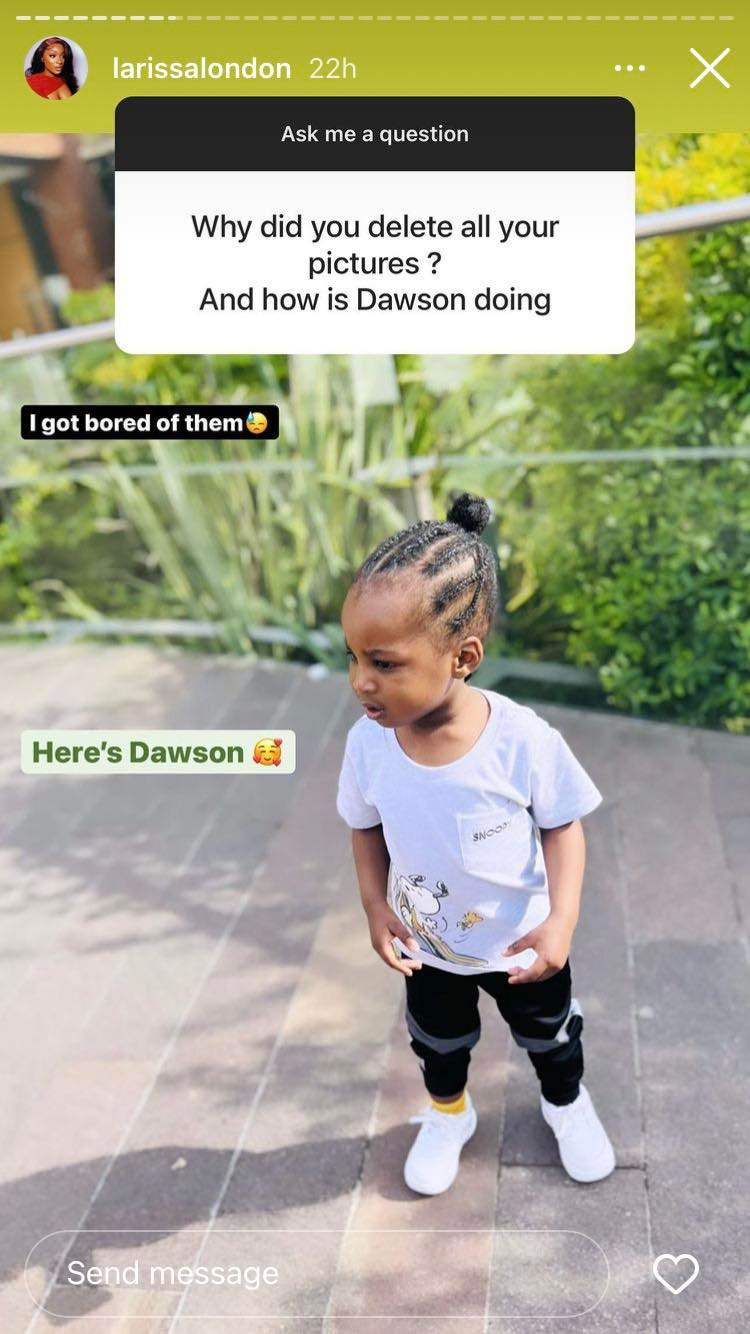