For deserting their matrimonial home, Nollywood actor Kalu Ikeagwu has taken his wife to court.

Within Nigeria recalls that Kalu Ikeagwu and Ijeoma tied the knot in November 2015 and had their church wedding in June 2016.

They have two children, a son between them and Ijeoma’s daughter whom he had adopted. 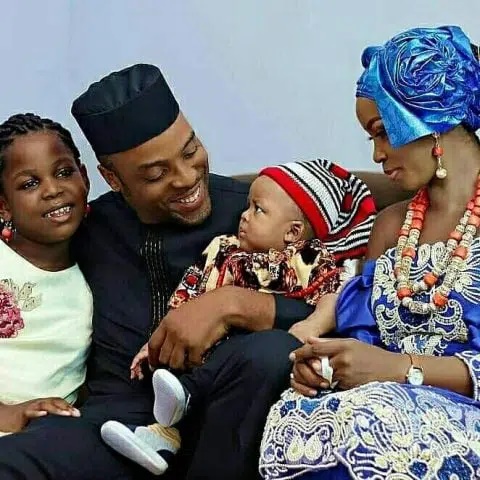 The marriage has now crashed as the actor recently told an Ikeja High Court how his estranged wife, Ijeoma, allegedly deserted their matrimonial home and prevented him from gaining access to their two children.

The actor also seeks full custody of his three-year-old son and ten-year-old stepdaughter.

Under cross-examination by the respondent’s counsel, S.I. Amedu, Ikeagwu said his wife packed out of his matrimonial and sent him a mail that she was going to her father’s house in Enugu.

“She told me she was at her father’s place in Enugu and four days later, I saw her at the airport in Lagos, heading to God knows where. In the mail she sent, she said she was In Enugu.”

Ikeagwu also denied that he sent his wife and kids out of the house and failed to provide for their upkeep.