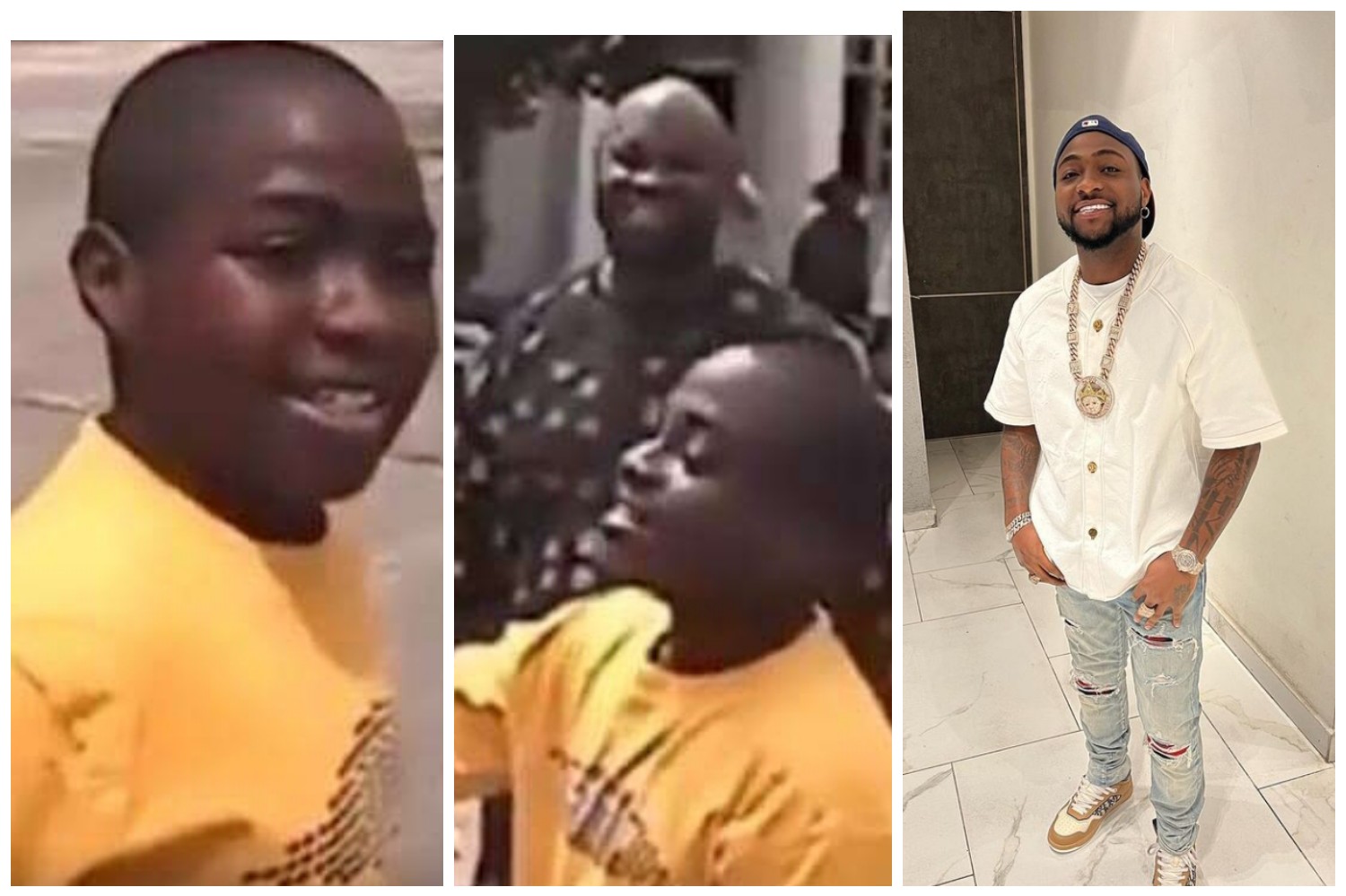 An old video of Nigerian international hip hop artiste David Adeleke that surfaced online has captured the attention of his fans as many go wild over the clip.

The 33 seconds video captured an adorable Davido as a child while garnering the attention of the adults present at his birthday party.

Fans are delighted to watch cute moments of their favourite artiste with unchanging appearances and characters.

Gylliananthonette: At that point, he didnt even know he was gonna be one of the most celebrated artiste in the world

thetowncrier9ja: Na right from time him Dey scratch that nose

dimple_adanwaa: If only he knew he would be a legend my obo no go minus

The award-winning singer won the admiration and praises of many when he gave out scholarships to a young man who scored A parallel in his WAEC.

The young boy, identified as Young Morro Suleyman, had made A1 in all his West African Examinations Council (WAEC) exam subjects. But, unfortunately, he couldn’t proceed to University because he had been at home since 2021.

According to reports, Morro Suleyman had no plans to go to the University because his parents were not financially buoyant.

Davido reacted to the news by launching a search for the young boy, which was achieved some hours later.

Davido announced that he contacted Suleyman and gave him a full 4/5 scholarship to Adeleke University. He added that accommodation and allowance are included in it.

“We have contacted Suleyman who lives in Ghana and he has been given a full 4/5 year scholarship to Adeleke University…. accommodation and allowance included! God bless y’all”.