Benito, the son of Nigerian TV producer JJC Skillz, has claimed that his father’s marriage to actress Funke Akindele is in turmoil.

Rumours have been circulating for some time now that the celebrity couple are going through a rough patch in their marriage, although they are yet to confirm or dispel the reports.

They further fueled marriage crisis rumours at the African Magic Viewers’ Choice Awards (AMVCA) last weekend when they arrived at the event in separate cars and reportedly avoided each other all through.

However, JJC’s son, Benito during an Instagram live session claimed that there’s indeed trouble in paradise. According to him, the couple no longer live together. 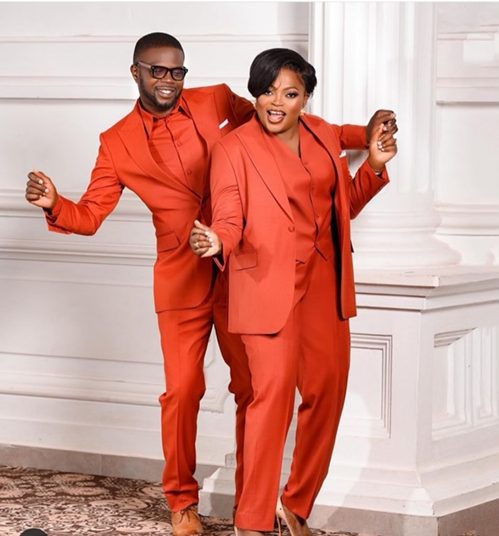 He further alleged that Funke Akindele and JJC Skillz both cheated on each other on several occasions.

“They are not really together. They both cheat on each other, they both had a fight. My dad is practically living somewhere else. I don’t even have any care for them no more. I can’t talk for them as a couple anymore. I can only say what I have seen. They are in open relationship.” He said in part.

This is the first time Benito would be calling Funke Akindele out. A while ago, Beni, via his official TikTok account, dropped a comment on a post talking about his stepmother.

He claimed he lived with her for 2 years and in that time, “the house was a horror site”.