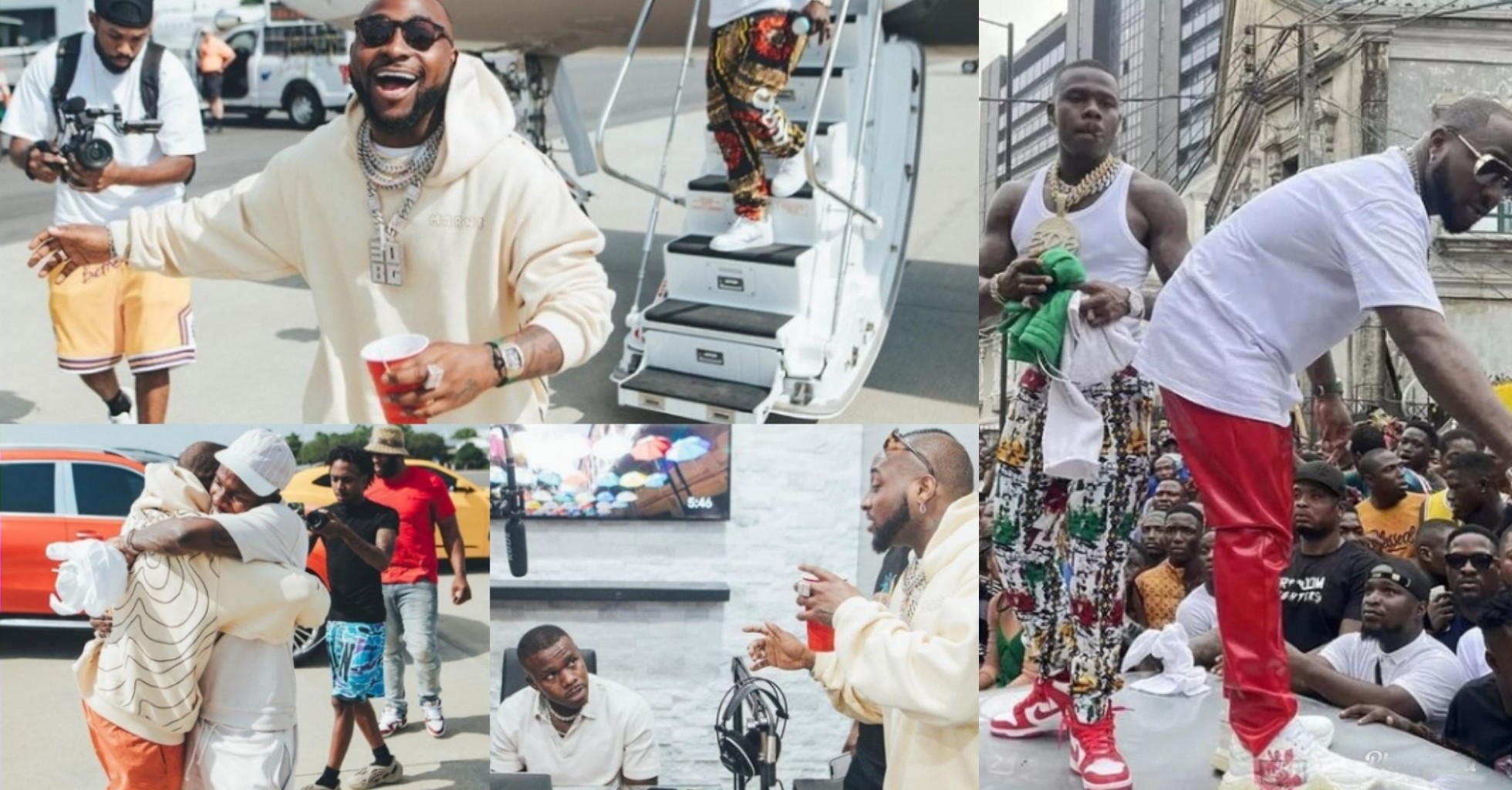 DaBaby recently went to Lagos, Nigeria, for a music video shoot with Davido.

While he was in Nigeria, he seemed to be right at home. Davido escorted him around and even took him to the hood, where he was more than welcomed.

The two rocked out in Lagos, The video they shot was filmed in a rural (but crowded) part of the city. Nigerians were just as excited to see him there, despite the expensive ‘harassment’ during his departure.

A couple of hours ago, The rapper decided to pull up with 6 luxurious cars to welcome Davido who touched down North Carolina for his first show.

The ‘BOP’vcrooner took to his Instagram page to share a video of him pulling up with liquors alongside the luxurious cars to welcome an excited Davido who rushed out from his Private Jet to meet him.

Davido also made videos of the DON treatment and share some footages with his fans on social media. 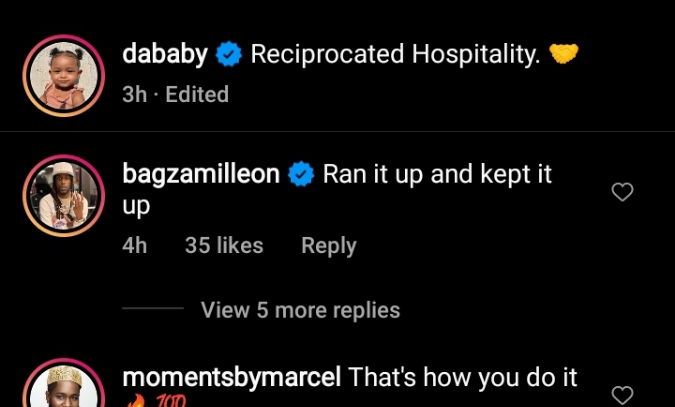 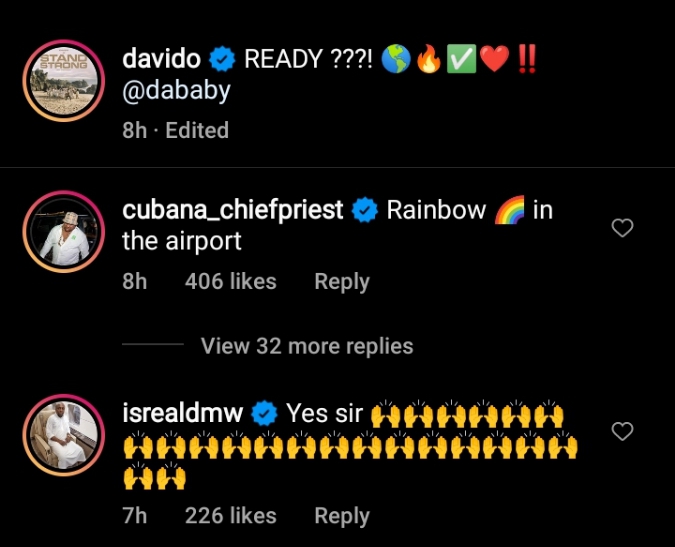