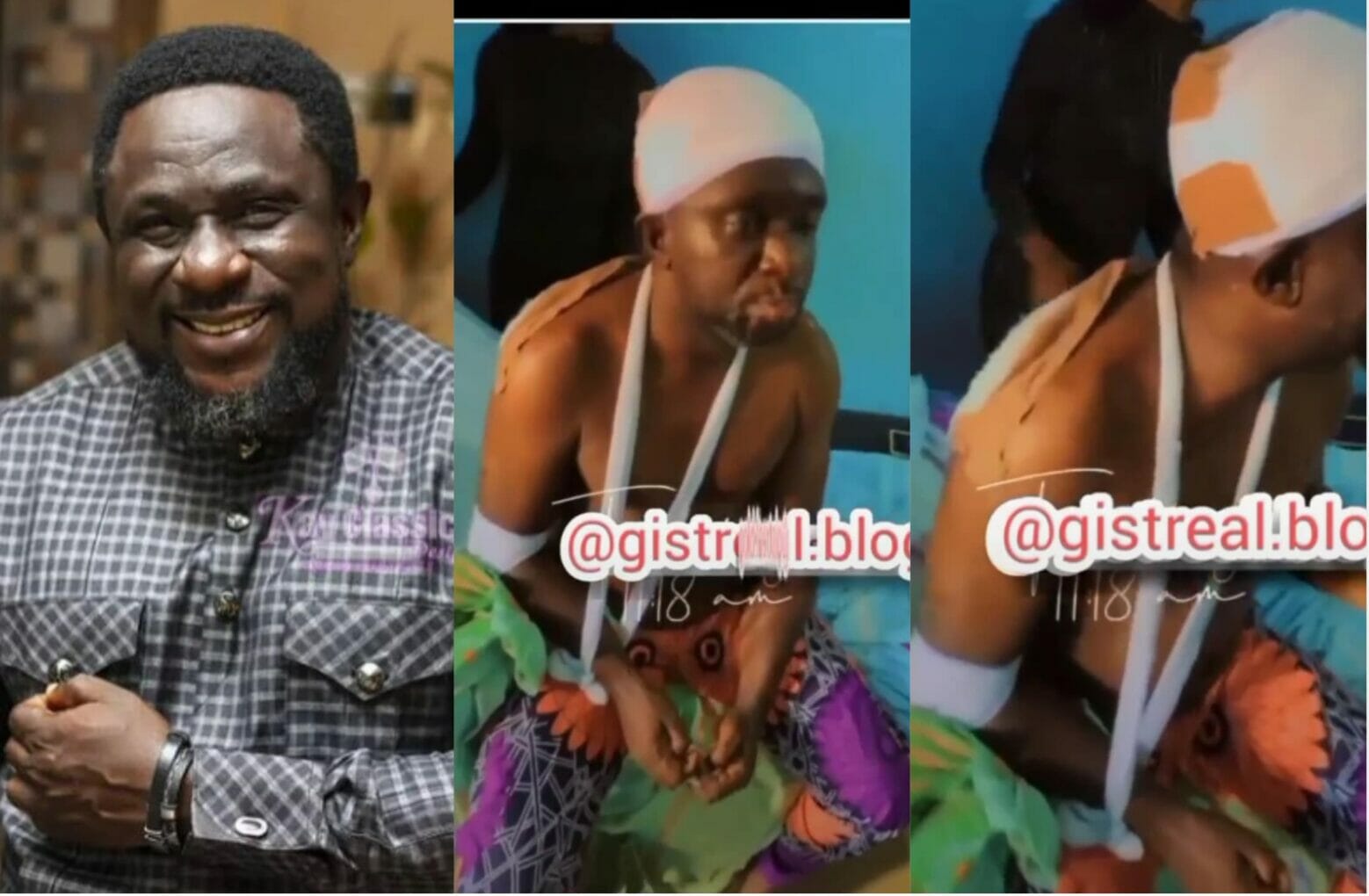 Lekan Olatunji has left some of his fans worried and troubled over a disturbing video that surfaced online.

The actor could be seen on what appears to be a hospital bed with bandages on his head and arms.

Many thought it was a scene from a movie set, but those who know him stated that he was involved in a fatal accident.

According to a source identified as iamoppy2021, the actor had an accident over two weeks ago.

Following the sad news, prayers were offered to him by his beloved fans.

cuttie_dove : This is not a movie sef… I pray for quick recovery

Lekan Olatunji had lamented the controversies that rocked Nollywood, especially the Yoruba sector of the industry.

He noted how when he joined the industry, there was discipline, which was lacking these days. Also, there was no yardstick to measure or control the intake of new trainees who would eventually become movie producers in the industry.

The actor pointed out how upcoming actors produce movies, without getting trained before they feature in front of the camera.

He pointed out how some of the upcoming actors and actresses who had found fame on social media would too feel important to come down from their vehicles until production begins.