In this post, I will be sharing with you some popular Nigerian celebrities who tattooed their children’s names or faces on their bodies. The Nigerian music legend recently tattooed the names of his seven children on his arm. The music icon took to his Instagram stories 4 days ago to share a video of his new tattoo which he captioned with the quote; “tattooed season”. The lovely mom has expressed so much love and care for their son since his birth. Regina Daniel has the name of her son Munir tattooed on her wrist. OBO as he is fondly called has the faces of his three children inked on his body. Davido has a great love for his children, which he has expressed on several occasions.

The singer has the faces of Imade, Hailey and Ifeanyi tattooed on his body among other tattoos. He also has his first daughter’s name Imade inked on side of his left hand. The International music star and Afro-beat singer Wizkid aka Bigwizzy has the name of his first son Boluwatife tattooed on the back of his palm. 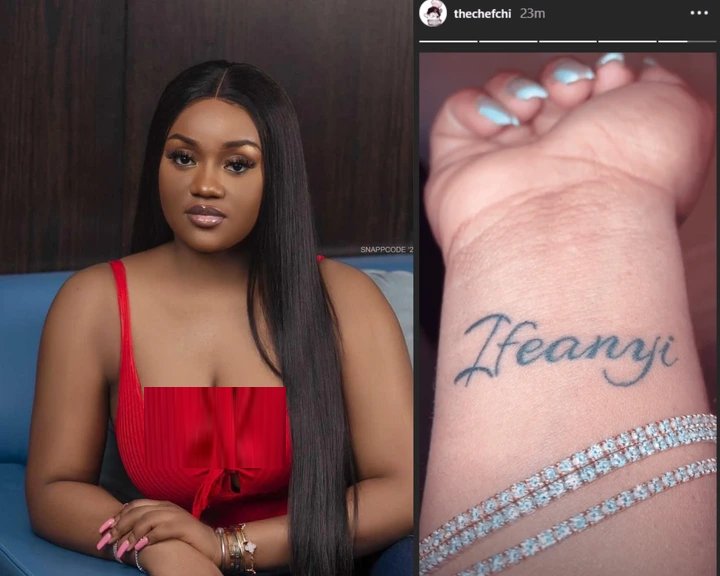 The celebrity chef and the mother of Davido’s only son, also have the name of her son Ifeanyi tattooed on her hand.