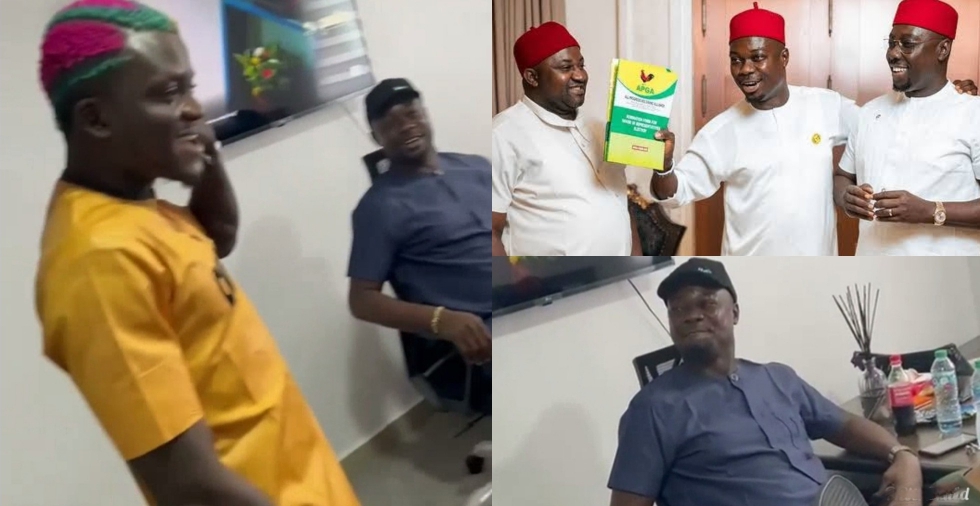 Ikenna Iyiegbu, the immediate older brother of billionaire businessman, Obinna Iyiegbu aka Obi Cubana, has announced that Street-hop Singer Portable will be flagging off his campaigns in Anambra state, ahead of the house of rep elections.

Just recently, The nightlife entrepreneur’s brother, seeking to represent Idemili north/south in the House of Representatives managed to clinch the All Progressives Grand Alliance (APGA) ticket.

Few hours ago, Portable who recently signed a N50 million deal with Obi Cubana as the face of his new product, Odogwu Bitters, visited the Socialite at the brand office.

The Singer took to his Instagram page to share clips of the moments with Obi Cubana and other people present.

Ikenna, Cubana’s brother, was captured in the video exchanging pleasantries with the Zazuu Crooner. The House of Rep aspirant announced that Portable would be supporting his APGA rallies in Anambra state ahead of 2023 election.